Sara M. Allinder is senior associate of the CSIS Global Health Policy Center (GHPC). She previously served as GHPC executive director and senior fellow from April 2016 to April 2020. In addition to leading the HIV/AIDS portfolio, Ms. Allinder also supported activities on nutrition, other infectious diseases, global health security, and women’s and family health; was a frequent host of its Take as Directed and AIDS 2020 podcasts; and oversaw the team’s operations. Ms. Allinder has extensive experience in global health, foreign policy, international development, human rights, and program management. She currently is program director of the Blantyre Prevention Strategy (BPS) in the Center for Innovation in Global Health at Georgetown University. The BPS project, launched in May 2020, aims to develop a replicable model for effective HIV prevention focused on embedding critical systems and capabilities into local government, civil society, and other partners in order to achieve the goals outlined in the National HIV Prevention Strategy (2018-2022). Ms. Allinder previously worked on the U.S. President’s Emergency Plan for AIDS Relief (PEPFAR) for 10 years in Washington and in Uganda. As country coordinator of the $353 million Uganda PEPFAR program (2013–2015), she led a staff of more than 200 in preparing the 2013–2015 Country Operational Plan (COPs), served as senior adviser to the ambassador, contributed to the response to the Anti-Homosexuality Act, led development of Uganda’s DREAMS strategy targeting adolescent girls and young women, and revitalized engagement with civil society organizations. In four stints at the Office of the U.S. Global AIDS Coordinator (2003–2016), Ms. Allinder was a senior adviser on PEPFAR management and operations issues, including field-based staffing. In earlier roles at the Department of State, Ms. Allinder was policy adviser in the Office of International Health Affairs, where she led the policy response to the SARS and avian flu outbreaks and served on the steering committee for the PMTCT Initiative, which preceded PEPFAR. She also served as senior editor for Africa of the Human Rights and International Religious Freedom Reports in the Bureau of Democracy, Human Rights, and Labor.

Challenges to Continued U.S. Leadership Ahead of Global HIV’s Next Phase

The world is off-track to meet the first UNAIDS Fast Track goals toward controlling the global HIV epidemic. Concerted, well-financed, and targeted action is needed now to get on track. United States actions could make or break the next phase of the HIV response. 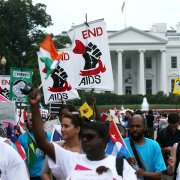 Ms. Winnie Byanyima, Executive Director of UNAIDS since November 1, 2019, now faces the most tenuous period of the HIV response since the earliest days of the outbreak. 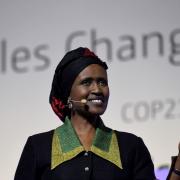 CSIS conducted research over 2019 and early 2020 into why the world’s largest HIV epidemic persists in South Africa. The remote and on-the-ground research sought to understand the reasons for continuing large numbers of new infections and what is being done to address them. 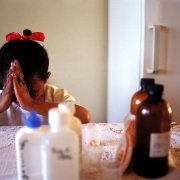 South Africa’s Future at the Brink: Emergency in the World’s Largest HIV Epidemic

South Africa has the world’s largest HIV epidemic. The CSIS Global Health Policy Center's research over the last year, including a February 2019 visit, sought to understand why HIV has taken such a toll and what is needed to stop the tap of new infections. 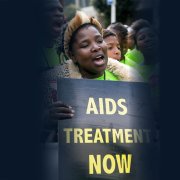 Success or Regress? The State of HIV in 2020 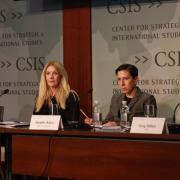 In this episode, Sara talks with Deborah Waterhouse, CEO of ViiV Healthcare, which is an innovative pharmaceutical partnership focused exclusively on ending HIV as a public health threat.

Chris Beyrer: Confronting the Challenges in 2020

In this episode of AIDS 2020, Sara and Andrew speak with Dr. Chris Beyrer, Desmond M. Tutu Professor of Public Health and Human Rights at the Johns Hopkins Bloomberg School of Public Health, and Past President of the International AIDS Society.

This World AIDS Day, there are several big questions facing the HIV community as it looks ahead to 2020. The answers could capitalize on two decades of investment and innovation and bring further progress or trigger backsliding that could lead to regression. 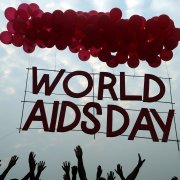 Does Activism Matter? And How Has it Changed?

In this episode of AIDS 2020, Steve Morrison speaks with Ernest Hopkins, of the San Francisco AIDS Foundation.