Adjunct Fellow (Non-resident), Korea Chair
Associated Programs: Korea Chair
Dr. Sheen, Seung-Ho is a professor of international security and East Asia at the Graduate School of International Studies at Seoul National University. He also works as director of the International Security Strategy Program. Professor Sheen was a visiting fellow at the East-West Center in Washington, D.C., a CNAPS fellow at the Brookings Institution in Washington, D.C., an assistant research professor at the Asia-Pacific Center for Security Studies in Honolulu, Hawaii, and a research fellow at the Institute for Foreign Policy Analysis in Cambridge, Massachusetts. He has also taught at the University of Massachusetts in Boston. In addition, he has advised various government organizations, including the Republic of Korea’s Ministry of National Defense, Ministry of Foreign Affairs, Ministry of Unification, and Committee on Foreign Affairs and Unification at the Republic of Korea National Assembly. His areas of interest include international security, U.S. foreign policy, Northeast Asian geopolitics and the Korean peninsula. Professor Sheen received his Ph.D. and M.A. from the Fletcher School of Law and Diplomacy, Tufts University, and his B.A. from Seoul National University. 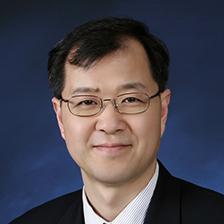