Sohini Chatterjee provides strategic advice to foundations, think tanks, and governments on global human rights and security issues. She served as an appointee in the Obama administration, working in the Policy Planning Bureau at the U.S. Agency for International Development. She led multiple White House and Department of State initiatives and directives on global development. Her work was focused on mass atrocities and conflict, transnational organized crime, and strengthening civil society and the rule of law. Prior to that, she worked for the World Bank’s Development Prospects Group on the economic and political effects of migration and long-term scenario planning. Previously, she was an attorney at Steptoe & Johnson LLP, worked on the first ever international trade case before the U.S. Supreme Court, and provided legal and strategic advice to various governments and companies on a wide array of international legal matters. She also served as a pro bono trial attorney with the Legal Aid Society of Washington, D.C., where she was lead counsel in numerous trials involving domestic violence and family law. She has consulted on international human rights and rule of law issues for Humanity United, the U.S. Department of State, Chemonics International, the Asia Foundation, the European Commission, Transparency International, Rand Corporation, and the World Bank. Ms. Chatterjee holds a law degree from Duke University, a master’s degree in international relations and international economics from the School of Advanced International Studies at John Hopkins University, and a B.A. from Columbia University. 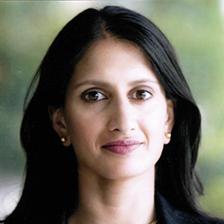 Most Recent From Sohini Chatterjee

The Shadow Pandemic: How COVID-19 Erodes the Rights of Women and Girls
January 21, 2021
View all content by this expert