Sue M. Cobb is president of the Cobb Family Foundation and principal of Cobb Partners, LLC. She is also a former ambassador to Jamaica, secretary of state of Florida, CEO of the Florida Lottery, partner at Greenberg Traurig, and multiyear member and three-time chair of the Miami Federal Reserve. She is also a trustee of CSIS and the Council of American Ambassadors, a member of the Council on Foreign Relations, and on the Advisory Council of the Association of Diplomatic Studies and Training. She is married to Ambassador Charles E. Cobb, former U.S. undersecretary of commerce and ambassador to Iceland. Ms. Cobb has been an officer and director of several public, private, and charitable boards and has received numerous awards including national honors from both Jamaica and Iceland. The U.S. Department of State awards the Sue M. Cobb Award annually to the individual selected in worldwide competition as the most outstanding noncareer U.S. ambassador. A graduate of Stanford University and the University of Miami School of Law, and a skilled alpine skier and high altitude climber, she has scaled mountains worldwide and authored The Edge of Everest (Stackpole Books, 1989), a chronicle of her travels across China and Tibet and her climb of Mt. Everest. 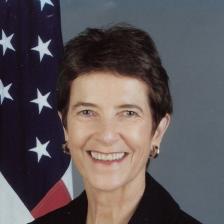 Most Recent From Sue M. Cobb

Ambassador Sue M. Cobb Joins CSIS Board of Trustees
By Sue M. Cobb
May 31, 2012
View all content by this expert