Walter Paik serves as the president of Korea Tourism College. Previously, he was consul general of Korea to Honolulu, Hawaii, from 2013 to 2016. As consul general, he worked to strengthen Korea-U.S. military cooperation, together with the leadership of U.S. Pacific Command and other component commanders in Honolulu. Beginning in 2017, Mr. Paik served as the chair of the Department of Military Force at the Korea Tourism College in Incheon, South Korea. Mr. Paik was director-general of the International Relations Bureau of Korea’s ruling Grand National Party and Saenuri Party between 2008 and 2013. His mission was to fortify the Korea-U.S. alliance and establish good relationships with foreign ambassadors residing in Seoul, as well as with foreign chambers of commerce and foreign media. In 2008, he was nominated as a National Assembly proportional member candidate by the Grand National Party for the 18th Korean National Assembly. Consecutively, he was nominated as a proportional member candidate by the Saenuri Party in 2012 as an expert for foreign and security policy for the 19th National Assembly. Mr. Paik graduated from the School of International Service of the American University in Washington, D.C., and holds two master’s degrees in international relations from U.S. and Korean institutions. In September 2016, Mr. Paik received the Distinguished Public Service Award from the chairman of the Joint Chiefs of Staffs for “distinguished public service to strengthen solidarity between the United States military leadership and Korean Government, and playing a pivotal role and dedication to continued peace and security of the Indo Asia Pacific region.” 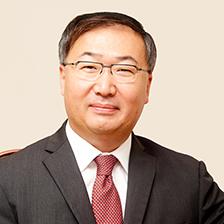