William F. Hederman is a senior fellow at the Kleinman Center for Energy Policy at the University of Pennsylvania. Earlier, he was a direct report senior advisor to U.S. Secretary of Energy Ernest Moniz, serving as the chief architect of the groundbreaking Quadrennial Energy Review’s analytic framework and lead analyst on the in-country team sent to Ukraine at President Poroshenko’s request, as well as on missions to the Baltics and Germany. Earlier government service included establishing the Federal Energy Regulatory Commission’s Office of Market Oversight and Investigations during the Enron/California electricity crises and being the first energy budget analyst at the U.S. Congressional Budget Office. Hederman’s other major assignments included executive director, COO and board member of the International Energy Agency’s International Centre for Gas Technology Information and vice president for business development and strategic initiatives at Columbia Energy Group’s transmission subsidiary. He began his engineering career at Bell Telephone Laboratories and his policy career at the RAND Corporation. He has been designated an Exemplar of Public Service by the chairman of FERC and received a distinguished service award from the secretary of energy. He serves on the nonprofit boards of Engineers-on-Deck (STEM) and the College Robotic Football Conference. He earned an M.S. in electrical engineering from the Massachusetts Institute of Technology and a B.S. in electrical engineering from Notre Dame. He also holds a professional degree (M.P.P.) from the University of California, Berkeley. 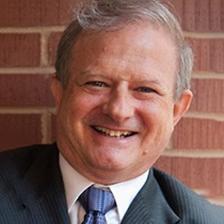