William Breer joined CSIS in October 1996 after a 35-year career in the foreign service. Prior to joining CSIS, he was a senior adviser at the Policy Planning Staff of the Department of State (1993-1996). Breer devoted the major portion of his career to the management of U.S.-Japan relations. He spent 18 years in Japan, serving at the U.S. embassy as political officer, political counselor, and deputy chief of mission with Ambassadors Michael Armacost and Walter Mondale. In Washington, Breer served as country director for Japan, the most senior position dealing exclusively with U.S.-Japan relations, and as director for Northeast Asia in the Bureau of Intelligence and Research. Breer is a graduate of Dartmouth College. He also attended the East Asia Institute at Columbia University and the National War College. He is fluent in Japanese. 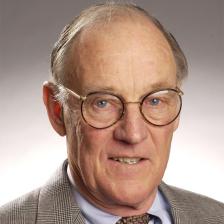 Most Recent From William T. Breer

Japan Watch May 2001 Issue - WILL PRIME MINISTER KOIZUMI MAKE CHANGES?
By William T. Breer
May 4, 2001
View all content by this expert