Zain Verjee is one of the world’s most respected and recognized journalists, with an action-packed background and experience as a storyteller, entrepreneur, communicator, and interviewer. She is well known as a former CNN anchor and State Department correspondent, who has made a successful transition into the world of communications and creative entrepreneurship. Her firm, Zain Verjee Group, builds communications products for emerging markets that empower citizens. She has worked with a deep lineup of organizations and entities such as Bloomberg Media, Bloomberg Philanthropies, Pfizer Inc., Equity Group Foundation of Kenya, World Health Organization, Dangote Group, GE Africa, OCP, Prince Mohammed bin Salman bin Abdulaziz Foundation, and the United Nations Economic Commission for Africa on their communications and public relations delivery and strategies via advisory, consulting, and content production. She is a highly sought-after facilitator and interviewer and has spoken on platforms such as TED and Africa House. She is also a startup founder and content creator, cofounding aKoma Media, a continental network of workspaces for Africa’s creative and cultural economy, in 2015. Other ventures in the creative space include Amplify, a content creator fellowship with participants from East and West Africa and the United States, in partnership with Mastercard Foundation. Zain also cofounded and launched Rouse, an immersive three-day gathering event for an elite community of women in Africa and the diaspora in Marrakesh in 2019. Zain resides in the Los Angeles area and Nairobi, and her versatility and charisma have been a great asset for her in her post-anchor life and entrepreneurial ventures. 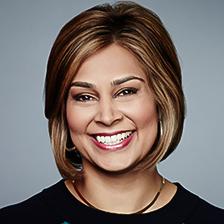