China and Russia’s Converging Interests: A Conversation with Alexander Gabuev

This episode examines recent developments in Sino-Russian relations and the effects on the United States. Our guest, Mr. Alexander Gabuev, explains the impetus behind the growing geostrategic and military collaborations between China and Russia. He discusses how mutual economic interests and close relations between Xi Jinping and Vladimir Putin have strengthened and diversified the partnership between the two countries. Mr. Gabuev also evaluates critical areas of political and economic friction in the relationship, including the protection of technology and intellectual property, management of influence in Central Asia, and China’s Belt and Road Initiative.

Mr. Alexander Gabuev is a senior fellow and the chair of the Russia in the Asia-Pacific Program at the Carnegie Moscow Center. He is a Munich Young Leader of the Munich International Security Conference as well as a member of the Council on Foreign and Defense Policy (Russia). His research is focused on Russia’s policy toward East and Southeast Asia, political and ideological trends in China, and China’s relations with its neighbors, especially those in Central Asia.

The Return of the Quad: Will Russia and China Form Their Own Bloc?
By Heather A. Conley, Michael J. Green, Nicholas Szechenyi
April 6, 2021
Report 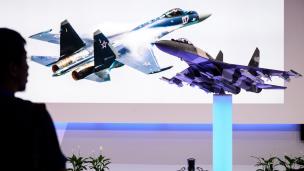 The Changing Nature and Implications of Russian Military Transfers to China
June 21, 2021
Report

U.S.-Russia Relations at a Crossroads
By Heather A. Conley
October 29, 2020
Report 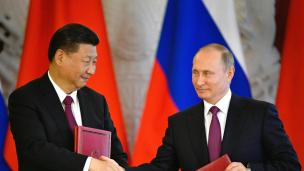 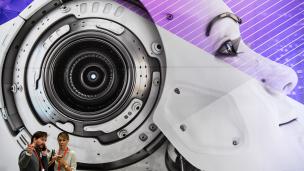 Russia and the Technological Race in an Era of Great Power Competition
September 14, 2021