Conducting sustained, timely research and analysis on the major elements of U.S. policy toward Africa

Security and Governance. Africa’s security and governance landscape is constantly in flux, from military coups to civil war to violent non-state actors. The CSIS Africa Program anticipates how these factors underpin leadership transitions, public protests, and insurgencies, with implications for sub-Saharan African and international stakeholders. In particular, the program provides analysis on security trends including defense forces, reform programs, and bi- and multilateral cooperation. It also contextualizes constitutional and military coups against the backdrop of closing political and civic spaces across the region.

Climate Change and Conflict. Researchers have extensively studied climate change and its impact on the environment. With regard to Africa, however, more research is needed on the relationship between climate change, conflict, and security. How do droughts, flooding, desertification, and rising sea levels impact tensions between communities, e.g., herdsmen versus farmers in Nigeria, and water disputes between countries in the Horn of Africa? In Ethiopia, for example, the National Defense Forces launched their offensive on Tigray just as farmers were preparing for the teff planting season—disrupting the farming cycle and exacerbating food insecurity across the region. The CSIS Africa Program will deepen existing research by examining this fragile nexus.

Youth. Nearly 50 percent of Africa’s population is under the age of 18. In the long run, this youth bulge represents unlimited potential for economic and human development and leadership. In the short run, however, the demographic pressures exacerbate governance challenges and overwhelm public services. Consequently, Africa is experiencing a rise in public discontent, political contestation, and repression. Strong youth movements, such as Y’en a Marre (Senegal), Balai Citoyen (Burkina Faso), and LUCHA (DRC) have been at the forefront of the struggle for democratic change and better service delivery. The CSIS Africa Program is committed to analyzing youths’ role in African societies—from democratization to economic development to security— and investigating pathways for youths to gain greater access to policymaking.

The Strength of the Judiciary. In recent years, African judicial institutions have begun to counterbalance executive powers through processes like judicial reviews—spurring tension across the continent. Cases vary widely, from Malawi (where the Constitutional Court annulled results of the presidential election and ordered a run-off) to Benin (where long-independent courts are now facing challenges from the president). The CSIS Africa Program researches these trends, noting their impact on the rule of law and governance, and recommending potential solutions.

Meet our network of experts, staff, and non-resident affiliates.

On China, Minerals, and Power Competition

Raising the Profile of AfCFTA at the Africa Leaders Summit

See all analysis by the Africa Program

The Road to the Africa Leader’s Summit

Fearless music activists. Savvy tech entrepreneurs. Social disrupters. Into Africa shatters the narratives that dominate U.S. perceptions of Africa. Host Mvemba Phezo Dizolele, Africa program director and senior fellow at the Center for Strategic and International Studies (CSIS) in Washington D.C., sits down with policymakers, journalists, academics and other trailblazers in African affairs to shine a spotlight on the faces spearheading cultural, political, and economic change on the continent. 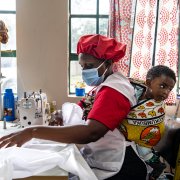 The U.S. Toolkit to Address the Military Coup in Sudan

Sudan has been on a trajectory of rising instability and political uncertainty since last year's military coup. The United States has several tools to increase pressure on the military and leverage engagement to ensure a civilian-led, democratic outcome. 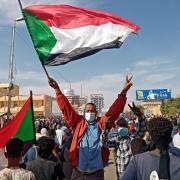 The Digital Future of African Development

Cina Lawson, Minister of Digital Economy and Transformation in Togo, and Lucy Nshuti Mbabazi, Head of Africa Advocacy and Partnerships at The Better Than Cash Alliance, join Mvemba to discuss the rise of digital payments in Africa's spurred by COVID-19 restrictions.

Tony Elumelu and Why “Africapitalism” Works

Mvemba is joined by African investor and philanthropist Tony Elumelu to discuss the Tony Elumelu Foundation’s work in empowering youth entrepreneurs across the continent.

What is the relationship between urbanization, fast food, and food security in Africa? CSIS's Mvemba Dizolele and Emmy Simmons talk to sustainable development lecturer James Boafo to discuss how fast food consumption is shaping the future of African cities. 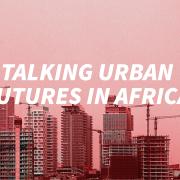 How can the United States and the international community support Chad’s transition to democracy? Mvemba Phezo Dizolele and Anastasia Strouboulis reflect on the past year of junta-led transitional rule and outline steps toward getting democratization right. 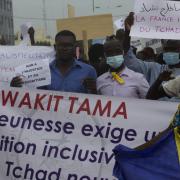 Public Institutions are the Backbone of Democracy

Adulting in Monrovia: Returning Home from the Diaspora

Judd and Nicole are joined by Ambassador Laurence Wohlers (Youth for Understanding) to discuss the history of U.S. policy toward Central African Republic (CAR).