In recognition of this relationship, the Argentina-U.S. Strategic Forum was launched in 2017 by the Center for Strategic & International Studies (CSIS) in Washington, D.C. to promote a closer and more stable bilateral relationship between Argentina and the United States, independent of changes in political leadership in either country.

The Argentina-U.S. Strategic Forum is led by representatives from the private sector and is co-chaired by Marcos Bulgheroni and Maurice R. Greenberg. The Forum regularly engages with government officials, business associations, the private sector, experts from international organizations, and civil society actors. In this way, the activities of the Forum complements existing platforms for official bilateral discussions, including the High-Level Consultative Mechanism, the Bilateral Commercial Dialogue, and other fora. This work is guided by the principle that cooperation between both the governments and private sectors of Argentina and the United States is vital for stability not only between the two countries, but across the entire Americas region.

The Forum employs a combination of virtual, hybrid, and in-person activities where participants can exchange insights with experts on key facets impacting on the bilateral relationship. Regular program activities include virtual private roundtables, peer-to-peer exchanges to the U.S. and Argentina, and public events. The Forum also offers in-depth written analysis of Argentina-U.S. relations with the intent to contribute to shape the conversation and agenda in Washington, D.C., Argentina, and beyond.

Ensuring the Biden-Fernández Meeting Matters: This commentary argues that for President Joe Biden’s planned meeting with his counterpart President Alberto Fernández, the United States must be prepared to strengthen cooperation on human rights, as well as deepen security ties with Argentina. It outlines three distinct areas in which both countries would benefit from improved security ties: countering illegal, unreported, and unregulated fishing, cooperation in the Antarctic, and supplying the Argentine Air Force with F-16 fighter jets or reasonable alternatives. While each proposal will likely require a sizeable diplomatic investment to implement, they present tangible mechanisms for advancing shared U.S.-Argentine interests.

Three Things That Won’t Be Talked about Enough at the Summit of the Americas: This commentary examines the key issues that will likely not receive sufficient attention during the Summit of the Americas and argues for their importance not only from the perspective of the United States, but also as an opportunity for other countries in the hemisphere to demonstrate leadership and build upon the current agenda. It highlights the importance of resurrecting conversations about trade and infrastructure development, the need to reexamine citizen security especially in the context of penal reform, and finally the importance of educational exchange and other forms of ‘soft power’ in knitting the hemisphere together. The article finds that, even if the summit itself does not yield sufficient gains in these areas, there remains a major opportunity to push for advances on all three fronts.

A Regional View on the Summit of the Americas: In this episode of 35 West, Juan Cruz, Senior Adviser and Director of the CSIS Argentina-U.S. Strategic Forum, sits down with Dr. Francisco de Santibañes, Vice President of the Argentine Council for International Relations (CARI), one of the most prominent Argentine foreign policy think tanks. Together, the two discuss prospects for the summit and share a south-to-north perspective on the key issues that should be on the table but have not received sufficient attention in summit coverage. These include the importance of infrastructure investments for the region, the growth of the digital economy, and the role educational and scientific exchanges play in bonding the hemisphere together.

Argentina, evitando un cuento chino: This article, published in Infobae, breaks down some common misconceptions about how the United States views Argentina’s relationship with China. It argues that Washington is not asking that Argentina make a choice between it and Beijing, but rather for fair and healthy competition in the economic sphere. However, avoiding these misunderstandings also requires a higher commitment from the United States to the bilateral relationship, especially on digital technology and infrastructure development.

Qué significa la guerra en Ucrania para la Argentina: The article, published in Clarín, provides an analysis of the significance the war in Ukraine has on Argentina. The conflict affects almost all Argentine economic sectors, from plans for recovery after the pandemic to the price of necessities. Sanctions imposed on Russia will likely challenge Argentine’s intent toward economic integration, further hampering economic growth and increasing inflation. Since Russia is no longer a viable financial partner, Argentina may pursue relations with China or align its position with countries isolating Russia.

Director’s Program Activity in Buenos Aires: From February 21-25, 2022, Strategic Forum Director Juan Cruz traveled to Buenos Aires to engage in conversations with key stakeholders in the government of Argentina, as well as with private sector, academic, and civil society representatives. Highlights of the trip included meetings with Juan Luis Manzur, Chief of the Cabinet of Ministers, Gustavo Béliz, Secretary of Strategic Affairs, and Sergio Massa, President of the Chamber of Deputies.

La Seguridad Alimentaria en Tiempos de Guerra: This event featured Ambassador Martha Bárcena Coqui, CSIS Senior Adviser and former ambassador of Mexico to the United States. Tangled global supply chains combined with Russia’s invasion of Ukraine have created an acute hunger crisis the world over, including in the Western Hemisphere. However, these challenges come with new opportunities, especially for major food exporters like Argentina and the United States, which have vast potential to address rising hunger. Ambassador Bárcena dispelled common myths surrounding food security and outlined recommendations for the governments of the hemisphere to confront this shared challenge.

Rare Minerals and Climate Change: Featuring Dr. Daniele La Porta, senior mining specialist at the World Bank, this event delved into the major changes occurring in the mining sector as demand grows not only for rare earth minerals, but also for the sustainable extraction of these resources. As home to the second-largest lithium deposits in the world, the future of Argentina’s mining sector will have major implications for the country’s economy, and global efforts to meet the rising demand for rare earth minerals.

Post-Pandemic Digital Transformation: This event featured Dr. Jim Lewis, CSIS Senior Vice President and Director of the CSIS Strategic Technologies Program. With the pace of technological advancement constantly accelerating, the next 3-5 years will likely be host to dramatic changes in the global economy and daily life. Governments, businesses, and private citizens alike will therefore have to grapple with the future of digital currencies, the displacement of labor by automation, and the connection between the educational and digital divides.

Mitigating the Economic Effects of the Pandemic: Featuring Stephanie Segal, senior fellow of the CSIS Economics Program this event focused on conventional versus unconventional paths to economic recovery, the relationship between economic policies and political popularity, as evidenced by recent events in Colombia, and lessons learned from pandemic responses in Taiwan, Brazil, and the United States. It also stressed the unlikely opportunities which emerged from the pandemic, especially in the acceleration of digital economies around the world.

The Role of the Private Sector in Cybersecurity: This event featured Suzanne Spaulding, director of the CSIS Defending Democratic Institutions project and Senior Adviser with the CSIS International Security Program. The conversation focused on the essential role companies played in defending national critical infrastructure against malign actors, using the frame of recent U.S. sanctions against Russia.

Illegal, Unreported, and Unregulated (IUU) Fishing: Featuring Dr. Whitley Saumweber, director of the CSIS Stephenson Ocean Security Project and Senior Associate with the CSIS Asia Maritime Transparency Initiative, explored the link between IUU fishing and all aspects of society, including food security, the environment, and national sovereignty. Forum members also had the opportunity to discuss the possible effects on the bilateral relationship between Argentina and the U.S. and the need for robust diplomatic engagement to counter IUU fishing.

Who’s Who in the Biden-Harris Administration? In this event CSIS Senior Adviser Liliana Ayalde presented the officials and policy advisors who would make up the Biden Cabinet and addressed how these individuals could impact U.S. policy towards Latin America and Argentina in areas such as trade, energy, and human rights. She addressed the importance of diversity in his Cabinet, the expected hurdle of confirmations in the Senate, and the unique opportunity to find allies that can focus on energy and economics together.

CSIS Americas adviser Juan O. Cruz and Henry Ziemer argue that for Biden's meeting with President Alberto Fernández to be a success, the United States must be prepared to strengthen cooperation on human rights and deepen security ties to Argentina.

A Regional View on the Summit of the Americas

Two months into Alberto Fernández’s presidency, he has implemented economic reforms aimed at combatting Argentina’s high inflation rate and met with various international actors who will play a key role in restructuring the country’s debt. 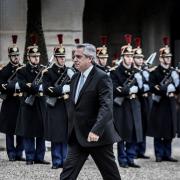 Argentina: A Call for National Unity in the Face of High Political and Economic Uncertainty

Alberto Fernández was inaugurated as president of Argentina on December 10, marking the country’s return to Peronism. 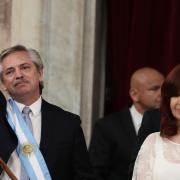 Mark P. Jones analyzes the challenges facing the next Argentine administration after Alberto Fernández’s win last Sunday. Fernández’s new policies will address Argentina’s high inflation, its standing in the international community, and the restructuring of debt. 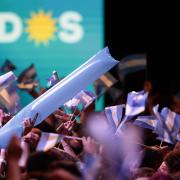 Michael Matera explains how inflation never went away in Argentina and how growth never returned.

Back to the Future of Work

Senior Fellow Romina Bandura explains how the Fourth Industrial Revolution is impacting countries like Brazil and Argentina, and some of the policies that governments need to consider.

A Country at a Crossroads: The 2019 Argentine Presidential Election

Although Argentina’s presidential elections will not take place until October, the primaries later this month will determine whether President Macri will have hope for reelection or if former president Cristina Kirchner will return to power. 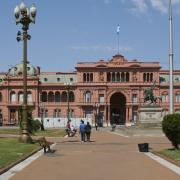 A Preliminary Assessment of Argentina’s Accession to the OECD

Since 2016, Argentina has been working to accede to the OECD.  This report from the CSIS Americas Program provides an initial assessment of Argentina’s accession to the OECD. 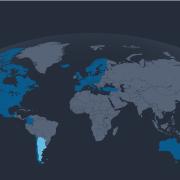 The Battle for the Future of Argentina’s Vaca Muerta: Neuquén’s 2019 Gubernatorial Election

The Argentine province of Neuquén is home to the Vaca Muerta. Mark Jones, with the CSIS Americas Program, analyzes how the outcome of the March 10 gubernatorial and legislative elections in Neuquén will set the future direction of Argentina’s energy policy. 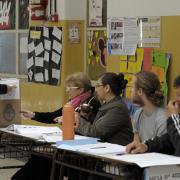 What Lies Ahead as Argentina Navigates a Multifaceted Political and Economic Crisis?

Watch as we had a discussion on subjects with three leading economic experts on Argentina: Emilio Ocampo, Sebastian Galiani, and Silvina Vatnick. 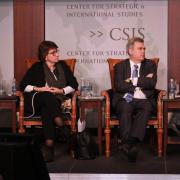 Serious runs on the Argentine peso over the last six months have been responded to with a sizeable IMF financial arrangement that was first signed in June 2018 and revised in late-September as CSIS Americas Program Director Michael Matera writes in a new commentary. 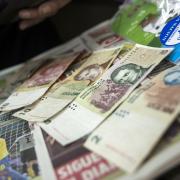