The Program was established with the clear, forward-looking mission to elevate the policy discussion on the Western Hemisphere. The program aims to influence through timely, practical, and insightful analysis and policy recommendations for partners in the United States and the region.

The Future of Venezuela Initiative

CSIS Americas senior adviser Mark L. Schneider and Aaron Schneider evaluate critiques of the Zones for Employment and Economic Development in Honduras and argue the country should move away from the zones as a potential model for economic growth.

See all analysis on Americas Program 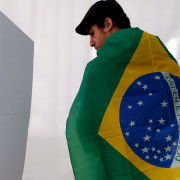 Engines of Prosperity: The Promise of the Zones for Employment and Economic Development (ZEDEs) in Honduras

CSIS Americas Program director Ryan C. Berg and Matthew Carusi chart the history and potential of the Zones for Employment and Economic Development in Honduras as engines for economic development. 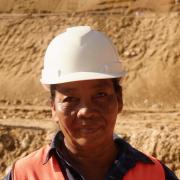 This event outlined changes in the Western Hemisphere illicit drug landscape, including the rise of fentanyl and synthetics, as well as the enduring challenge of cocaine. 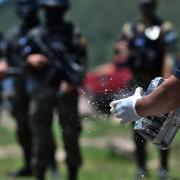 Ryan C. Berg sits down with Thiago de Aragão. Together, they unpack the election results

Mapping the Escalation Ladder against the Ortega-Murillo Regime in Nicaragua

CSIS Americas Program experts consider potential responses to the Ortega-Murillo regime's repression in Nicaragua and outline five levels of pressure that can be brought to bear. 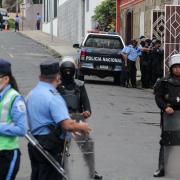 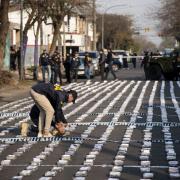 CSIS Americas director Ryan C. Berg argues that the United States should view democracy as an integral part of its strategy to compete with China in Latin America. 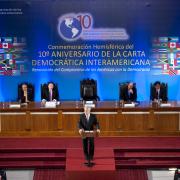 We discuss the trade dispute with Mexico over the country’s energy policies which restrict market access and favor two state own enterprises. CFE, the state run utility and Pemex, the oil company.

Constitutions, Complications, and Next Steps in Chile

On September 4, Chileans took to the polls for a constitutional referendum that saw a highly progressive draft constitution overwhelmingly rejected. In this episode, Ryan C. Berg sits down with Patricio Navia, Professor of Liberal Studies at New York University and Professor of Political Science at Universidad Diego Portales in Chile. Together, they unpack why the referendum resulted in a significant win for the "reject" campaign despite high levels of support for a new constitution in general.