The maritime environment in East Asia contains both promise and peril. The Indo-Pacific region is host to some of the world’s most important shipping lanes, facilitates huge volumes of regional trade, and boasts abundant natural resources. Competing territorial claims, incidents between neighboring countries, and increasing militarization, however, raise the possibility that an isolated event at sea could become a geopolitical catastrophe. This is all occurring against a backdrop of relative opaqueness. Geography makes it difficult to monitor events as they occur, and there is no public, reliable authority for information on maritime developments.

The Asia Maritime Transparency Initiative seeks to change this. AMTI was conceived of and designed by CSIS. It is an interactive, regularly-updated source for information, analysis, and policy exchange on maritime security issues in Asia. AMTI aims to promote transparency in the Indo-Pacific to dissuade assertive behavior and conflict and generate opportunities for cooperation and confidence building. Because AMTI aims to provide an objective platform for exchange, AMTI and CSIS take no position on territorial or maritime claims.

Southeast Asia from Scott Circle: A Tumultuous 2016 in the South China Sea

This promises to be a landmark year for the claimant countries and other interested parties in the South China Sea disputes. Developments that have been underway for several years, especially China’s island-building campaign in the Spratlys and Manila’s arbitration case against Beijing, will come to fruition. These and other developments will draw outside players, including the United States, Japan, Australia, and India, into greater involvement. Meanwhile a significant increase in Chinese forces and capabilities will lead to more frequent run-ins with its neighbors.

An Interview with Gregory Poling on FONOPS, Arbitration, and South China Sea Strategy

An Interview with Bonnie Glaser on FONOPs and China’s Reaction

Mira Rapp-Hooper, fellow of the Asia Program and director of the Asia Maritime Transparency Initiative, testified before the House Foreign Affairs Subcommittee on Asia and the Pacific. 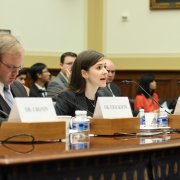 China’s Land Reclamation Announcement: A Change in Message, Not in Policy

On June 16, China’s Foreign Ministry spokesperson Lu Kang announced that “as planned, the land reclamation project of China’s construction on some stationed islands and reefs of the Nansha (Spratly) Islands will be completed in the upcoming days.” He noted that after land reclamation was complete, China would continue to construct facilities on its islands. 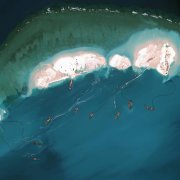 On Saturday morning at the Shangri-La defense dialogue in Singapore, U.S. Secretary of Defense Ashton Carter delivered a long-anticipated speech on security issues in Asia. 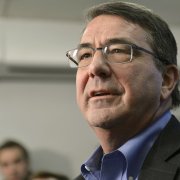 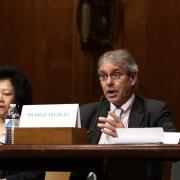