Anthony H. Cordesman's book, The Gulf War, was published in October 1994, and was the first comprehensive analysis of the strategic and military lessons of the Gulf War. Unlike previous studies, which concentrated primarily on the diplomatic and policy decisions affecting the war, or decisions at the high command level, Cordesman provides a detailed analysis of all of the military trends and actions that occurred during Desert Shield, a net assessment comparing Iraqi and each of the major Coalition military forces, and a detailed analysis of the history and lessons of each phase of Desert Storm.

Unlike books issued shortly after the war, or which focus largely on decisions at the high command level, Cordesman provides the first detailed analysis of the war that draws fully on the official histories and data bases the US government has issued in the years following the conflict. At the same time, he draws on his experience as ABC's military analyst during the Gulf War, tours of the battlefield shortly after the war, and extensive interviews with British, French, Saudi, and US officials and commanders.

The Gulf War is written as a reference book as well as an analysis and history. It draws largely on official data bases, many of which have never been fully published. It provides comprehensive tables, figures, and maps of the forces on each side, on the statistics and character of the fighting, and on the importance and effectiveness of key new weapons systems and tactics. The footnotes provide a research guide for further study in many areas, as well as citation that allow the reader to explore the additional material available in unpublished studies and data bases.

The Gulf War provides new data and insights into virtually every aspect of the war and the size and nature of the forces engaged. It examines each of the major new tactics and technologies that shaped the outcome the war. At the same time, Cordesman stresses the importance of human factors and the different levels of training and effectiveness of each major national contingent. His analysis not only examines the events of the Gulf War, but their implications for future conflict and the course of the "military revolution" that shaped much of the air campaign and air-land battle.

The Gulf War also provides a detailed and objective analysis of each of the major issues and debates affecting the war -- ranging from the problems intelligence analysts had in estimating the total size of total Iraqi forces to the debates over the effectiveness of the "Scud hunt" and the Patriot. New data are provided on the problems in the Coalition build-up, problems in tactical communications and intelligence, and on the true effectiveness of the F-117, Tomahawk, strategic bombing campaign, close air support, armored combat, heliborne assault forces, mine warfare systems, amphibious operations, friendly fire, reserve forces, and battle damage assessment efforts. 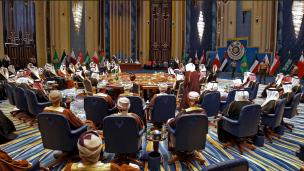 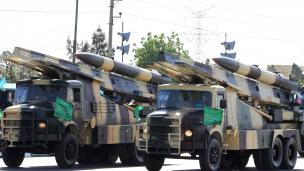 Iran, the Gulf, the JCPOA, and American Strategy
By Anthony H. Cordesman
August 29, 2017
View all content associated with this program