The most profound geopolitical challenge facing the United States is securing its interests in an emerging and still undefined new world order— to manage China’s rise, contain Russia’s assertiveness, and renew its bonds with allies old and new.

As the U.S. addresses this challenge, energy is both a target and tool. Much of the world’s energy development and trade occurs in the sphere of normal commerce, but energy infrastructure, investment, and control over resources also play a role in establishing or challenging relationships between and among countries.

This year-long project investigated (1) how energy plays a role in competition for influence among the United States, China, and Russia and (2) whether any one country or group of countries could exert influence over a specific type of energy or fuel.

The final goal: establish a new international energy policy for the next U.S. administration.

The Report: Race to the Top

U.S. foreign policy has always thought about energy and, more recently, climate. In January 2021, a new administration, and maybe a new president, will be sworn in and the continued search for an international energy and climate strategy will go through another iteration. Under the Energy Spheres of Influence project, CSIS Energy spent the last year thinking about what that strategy should be; this document summarizes our results.

Go to the Report

This project is made possible by the generous support of the Smith Richardson Foundation.

This week, Sarah Ladislaw and guests discuss geopolitical competition with the United States, Russia, and China and the strategic role that energy plays in these relationships.

The CSIS Energy Security and Climate Change Program is excited to present its forthcoming report, Race to the Top: A New International U.S. Energy Policy. 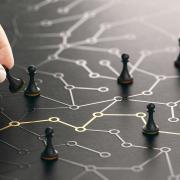 In this episode, Andrew invites CSIS's Sarah Ladislaw and Nikos Tsafos to explain how a new U.S. international energy policy should look, and climate change’s role within it.

Race to the Top: The Case for a New U.S. International Energy Policy

Race to the Top recommends a new U.S. international energy policy based on reinvesting in domestic energy competitiveness and encouraging an international “race to the top.” 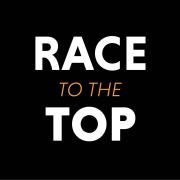 The Changing Geopolitics of Nuclear Energy: A Look at the United States, Russia, and China

The U.S. nuclear energy industry is facing a relative decline while Russia and China are growing their nuclear competitiveness. This report investigates changes to the three countries’ foreign policy influence and the role governments play in nuclear power development. 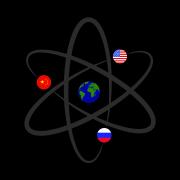 Sarah Ladislaw and Nikos Tsafos explore the changing nature of energy competition and geopolitics and what it means for the future of global energy markets and U.S. policy? 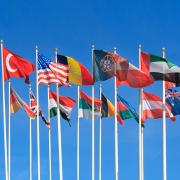