After failed preliminary coalition talks with the FDP and the Greens, Angela Merkel’s CDU/CSU struck an agreement to form another Grand Coalition with the Social Democrats. The coalition has a majority of 44 seats in the 709-member Bundestag (355 needed for a majority). Prioritizing stability, Merkel’s new government offered the SPD some important ministerial posts such as Finance, Justice and Foreign Affairs. 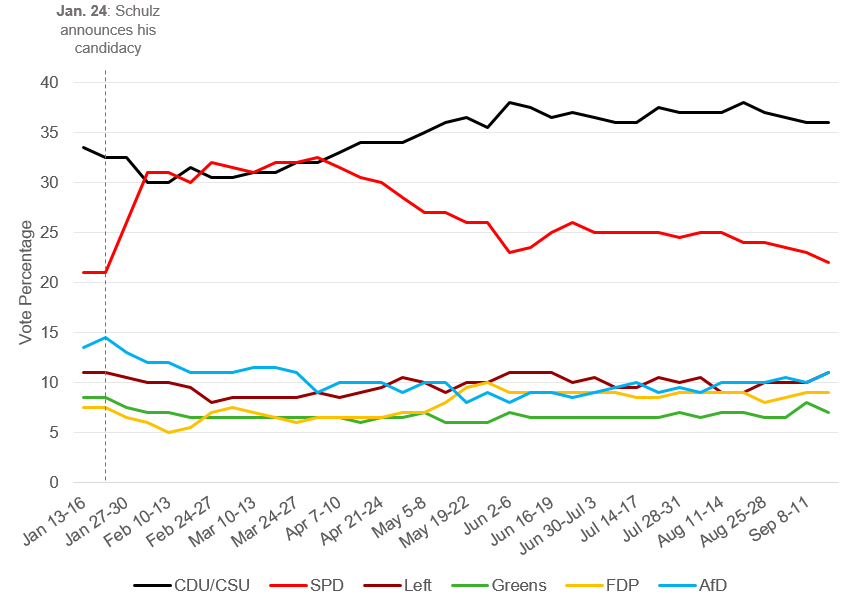