The Europe, Russia, and Eurasia program produces forward-looking analyses on transatlantic relations and political developments across Europe, Eurasia, and Turkey

The Europe, Russia, and Eurasia Program’s work seeks to develop a deeper understanding of Europe’s political, security, and economic evolution and its future role in the world; geopolitical developments in the circumpolar Arctic; the implications of Russia’s foreign and defense policies for transatlantic security; and political and economic developments in Russia and Eurasia.

The Europe, Russia, and Eurasia Program is also host to the Lillan and Robert D. Stuart Jr. Center in Euro-Atlantic and Northern European Studies, launched in 2016 in honor of the life and achievements of the late Robert D. Stuart Jr., former U.S. Ambassador to Norway. Research and analysis by the Stuart Center focuses on the changing geopolitical dynamics and trends in Northern Europe and the Arctic. The Center specifically looks at developing a greater understanding of Northern Europe’s political, security, economic, and energy developments with a strong focus on the regional implications of a rapidly changing Arctic; revitalizing NATO’s collective defense and security cooperation role in Northern Europe; and strengthening the Euro-Atlantic partnership as a whole.

The program has a long track record of engaging in a thoughtful transatlantic dialogue by bringing together top-level policymakers, analysts, and thought leaders from Europe, Eurasia, and the United States. These candid and insightful dialogues have made the Europe, Russia, and Eurasia Program a leading forum in Washington for the immediate and long-range challenges facing the United States and its European allies.

Learn more about the CSIS Europe, Russia, and Eurasia Program and the network of experts, staff, and non-resident affiliates who contribute to our analysis.

Hosted by CSIS Europe, Russia, and Eurasia Program expert Heather A. Conley, Russian Roulette takes a look at the politics, economics, and culture of Russia and Eurasia through both interviews and lively discussion with experts from CSIS and around the world.

The Russian Arctic Threat: Consequences of the Ukraine War

The impact of Russia’s full-scale invasion of Ukraine has been felt in the Arctic, and military tensions are increasing. This CSIS report outlines key security developments and describes the nature of the Russian threat in the Arctic after a year of war.

What Could Come Next? Assessing the Putin Regime's Stability and Western Policy Options

NATO and the European Union: The Burden of Sharing

See all analysis by the ERE Program

In honor of the life and achievements of the late Robert D. Stuart Jr., former U.S. Ambassador to Norway, and his wife Lillan, the Stuart Center is dedicated to greater understanding of Northern Europe’s political, security, economic, and energy developments with a strong focus on the regional implications of a rapidly changing Arctic; revitalizing NATO’s collective defense and security cooperation role in Northern Europe; and strengthening the Euro-Atlantic partnership as a whole.

Learn about the Stuart Center

For the past six years, the Europe, Russia, and Eurasia Program’s flagship research series The Kremlin Playbook has exposed how the Kremlin has sought to erode Europe’s democratic institutions through its influence in order to “break the internal coherence of the enemy system.”

Strategic competitors are seeking to shape the geostrategic environment in their favor, including by waging economic warfare and utilizing tools like illicit finance and strategic corruption. Washington should develop stronger policy tools to counter this emerging threat. 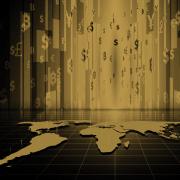 This paper explains the erroneous assumptions Kremlin made about Ukrainian identity that informed its decisionmaking and laid the foundations for its war against Ukraine. 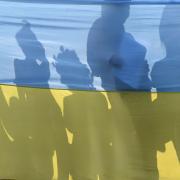 The 2022 French presidential election is a rematch of the Macron-Le Pen contest of 2017, but the political situation has changed and so have the odds for the incumbent president. 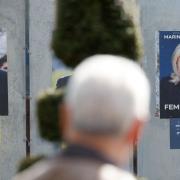 Will Finland and Sweden Join NATO?

One consequence of Russia’s invasion of Ukraine may be the exact thing Russian president Vladimir Putin, the war’s architect, did not want: the enlargement of NATO, starting with Finland and Sweden. 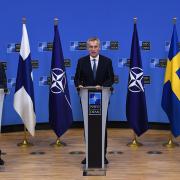 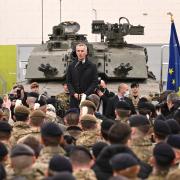 The War in Ukraine: Aftershocks in the Balkans

As Russia’s war in Ukraine continues, Europe and the United States must act to deepen stability and security in the Western Balkans. 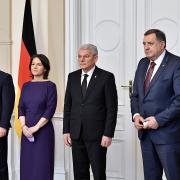 CSIS hosted a conversation with Wopke Hoekstra, vice prime minister and minister of foreign affairs of the Netherlands, about the war in Ukraine and its implications for transatlantic security cooperation. 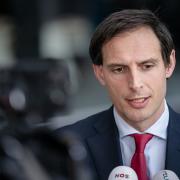 CSIS Senior Associate and NDU researcher Jeffrey Mankoff joins the podcast to discuss the long-term prospects for the relationship between Washington and Moscow.

The War in Ukraine: Geopolitical Implications for Eurasia

The CSIS Europe, Russia, and Eurasia Program hosted a discussion about the geopolitical implications of Russia's war in Ukraine for Eurasia. 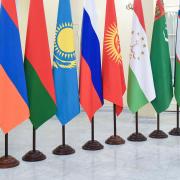 NATO after the Invasion

NATO's Road to Madrid is back, at a critical time for the alliance. In this episode, the group breaks down NATO's response to Russia's illegal and brutal invasion of Ukraine, the alliance's potential vulnerabilities, and the effects of the invasion on NATO's development of its new Strategic Concept.