The ruling HDZ took a surprising lead in the election and won 37.3% of the vote, or 66 seats out of 151. The Restart Coalition, led by the opposition Social Democrats, came in a distant second with 24.9% (41 seats) while the far-right party DPMS garnered 10.9% and 16 seats. The We Can green-left party won 7% (7 seats), a notable result for such a new grouping. Prime minister Plenkovic has announced he plans to form a coalition with the Croatian People’s Party (HNS), ethnic minority MPs, and the Reformist party (76 seats total). The coalition partners’ condition to join HDZ was the exclusion of DPMS from the majority. 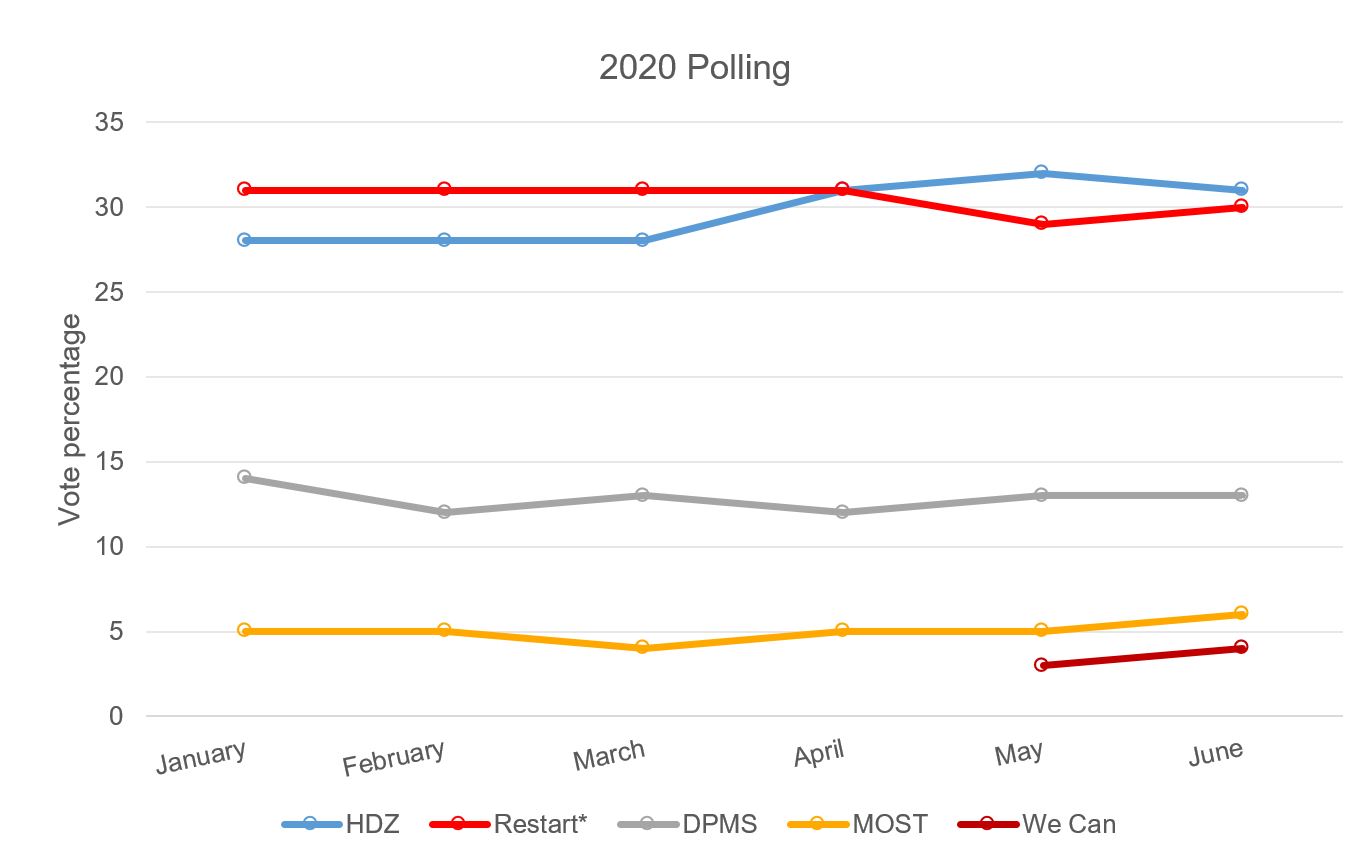 Data source: Politico Poll of Polls
*SDP polling until May 2020.