Belt, Road, and Beyond: The CSIS Belt and Road Executive Course

CSIS is now accepting applications for the Belt and Road Executive Course in a live format. The Belt and Road Initiative (BRI), a $1 trillion flagship foreign policy effort of Chinese leader Xi Jinping, could reshape global networks of trade, transport, and political ties within and between countries for decades to come. But since its announcement, the BRI has remained shrouded in confusion and controversy, and it now faces major challenges, including the Covid-19 pandemic. Drawing insights from leading experts and the Reconnecting Asia Project, the most extensive effort to map and analyze these developments to date, CSIS has developed a Master’s-level introduction to China’s BRI. This private, virtual course explains what the BRI is, what it is not, and how it is impacting commercial and strategic realities on the ground.

This course is open to anyone interested in developing a deeper understanding of China’s Belt and Road Initiative and implications for the United States.

Please access and complete the application form by selecting the Apply button below. Applications will be reviewed on a rolling basis.

Previous and current participants include representatives from: 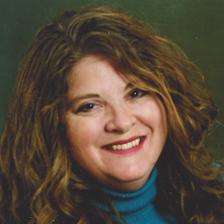