The CSIS Commission on China helps shape a more constructive and effective American approach to the U.S.-China relationship.

CSIS has launched a high-level Commission, co-chaired by former Secretary of Defense William Cohen and Hank Greenberg of C.V. Starr & Company, to help shape a more constructive and effective American approach to the U.S.-China relationship. Specifically, in March 2009, the Commission released a concrete set of policy recommendations for both the Obama administration and the 111th Congress on how the United States can work with China to bring to bear their respective soft power to promote the global public good, while simultaneously ensuring the protection of U.S. interests.  The CSIS Commission on China's report Smart Power in U.S.-China Relations presents a strategic framework for the relationship based on the need to cooperatively address transnational challenges.  View the report here.

Chinese Soft Power and Its Implications for the United States
By Edward C. Chow
March 11, 2009
Report 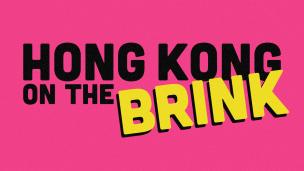 The People's Armed Police
By Jude Blanchette
In Hong Kong on the Brink
August 29, 2019
On Demand Event

Chinese Soft Power and Its Implications for the United States
By Edward C. Chow
March 11, 2009
On Demand Event

A Conversation on U.S.-China Relations
March 6, 2009
On Demand Event

Speech by MPAA Chairman Dan Glickman on "What About China? The High-Stakes Race to Shape the Next World Order"
December 9, 2008
View all content associated with this program