The CSIS Global Food Security Program launched a three-part series in 2016 called Tracking Promises. Funded by the Bill & Melinda Gates Foundation, the series conducts in-depth research and analysis on three of the most prominent Feed the Future countries: Tanzania, Bangladesh, and coming in June of 2017, Guatemala.

The Tracking Promises series provides country case studies with the national context and U.S. funded food and nutrition security programs. Through public and private events, technical reports, and videos, the series brings a field perspective to Washington D.C. and gives policymakers and other stakeholders insight into what is working well - and where weaknesses could be addressed. The Tracking Promises series provides recommendations for each national portfolio and seeks to spark discussions of how the U.S. government can maximize its leadership and effectiveness in the fight against poverty, hunger, and malnutrition.

Tanzania has received more Feed the Future funding than any other focus country in the world with a total of $327 million over the past five years. What has Tanzania gained from the increased investment of U.S. tax dollars to address hunger and poverty? Is it business as usual or is it development done differently?

To answer these questions, the CSIS Global Food Security Program travelled to Dar es Salaam, Arusha, and Morogoro. The subsequent report details the successes and challenges seen on the trip, and offers policy recommendations for the U.S. government. The report was launched at a public event that brought high level officials and thought leaders from Tanzania to discuss the report, and Feed the Future programming at large. Watch our April 2016 event here.

Bangladesh is often touted as a model for other countries to follow, in terms of both government leadership and program impacts. How can its experiences tackling the root causes of hunger, malnutrition, and poverty inform Feed the Future’s strategy going forward?

Members of the CSIS Global Food Security Program travelled to Dhaka, Khulna, and Barisal to better understand the efficacy and sustainability of Feed the Future programs. The report highlights strengths, examines challenges, and presents concrete policy recommendations. In the report’s launch, high level ministry officials and technical experts traveled from Bangladesh to discuss the report’s findings and recommendations. Watch our September 2016 event here.

Guatemala is the wealthiest of Feed the Future’s 19 focus countries, so why do its stunting levels rival those of Yemen and Malawi? Anemic public health and social service spending exacerbate rising poverty and stark inequality. A changing climate and high exposure to natural hazards pose further challenges to the rural agrarian poor.

The team traveled to Guatemala in late 2016 to investigate the largest Feed the Future portfolio in the Americas, its technical strategy, its sectoral and geographical distribution of investments, and its coordination efforts within and beyond U.S. programming. The report outlines the Guatemalan country context, the U.S. government response, and on-the-ground implementation while presenting a set of targeted policy recommendations to both the U.S. government and the government of Guatemala. Watch our June 2017 event here.

Report and Documentary Launch: Tracking Promises: Analyzing the Impact of Feed the Future Investments in Guatemala

Guatemala is the wealthiest of Feed the Future’s 19 focus countries globally, yet it grapples with severe malnutrition, rising poverty, and stark inequality. Stunting levels rival those of Malawi and Yemen. Since emerging from decades of civil war in 1996, Guatemala’s economy has made significant strides but many of its most vulnerable people, particularly in indigenous communities, have been left behind. Public health and social service spending are among the lowest in the western hemisphere. A changing climate and high exposure to natural hazards further exacerbate the challenges facing the rural agrarian poor. 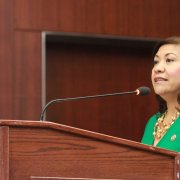 Tracking Promises: Analyzing the Impact of Feed the Future in Guatemala

Guatemala is the wealthiest of Feed the Future’s 19 focus countries globally, yet it grapples with severe malnutrition. 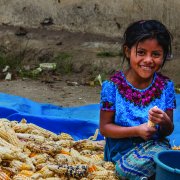