The Pandemic Paradox - HIV on the Edge

The CSIS Global Health Policy Center (GHPC) presents The Pandemic Paradox - HIV on the Edge, a five-episode docuseries and feature film on the risk of a resurgent HIV/AIDS epidemic four decades after the first case was reported and a few months into the coronavirus pandemic. The documentary project features many of the world’s most prominent and impactful voices on HIV/AIDS, such as National Institute of Allergy and Infectious Diseases director Anthony Fauci and former UNAIDS chief Peter Piot, and includes original footage and interviews of those living with the threat of HIV/AIDS in Kwazulu-Natal and Gauteng, South Africa; Odessa and Kiev, Ukraine; and diverse communities in the American South and West.

The Pandemic Paradox is the third collaboration between CSIS senior vice president J. Stephen Morrison and Peabody and Emmy award-winning journalist Justin Kenny (Small Footprint Films). Their first CSIS GHPC feature film, The New Barbarianism (2017), was awarded the Best Documentary prize at the LA Film Festival, aired on PBS, and was featured in the Christian Science Monitor, PBS NewsHour, and PBS’s Story in the Public Square.

In the teaser, Dr. Fauci recalls the seemingly hopeless battle against the brutal new disease that doctors and researchers knew little about.

Episode 1: I Am Worried

Many of the iconic figures who have pioneered the global response to HIV/AIDS over the past four decades are worried. Anthony Fauci, Peter Piot, Quarraisha Abdool Karim, and Salim Abdool Karim—and many others—see rising threats to the remarkable historical gains achieved in preventing and treating HIV/AIDS. This risk of regression grows out of many factors: complacency, barriers to reaching vulnerable and marginalized populations, distractions, the power of the HIV virus in the absence of a vaccine or cure, and now the colossal force of the coronavirus pandemic.

HIV/AIDS leaders, joined with people living with the threat of HIV/AIDS in the American South, South Africa, and Ukraine, open the first episode of The Pandemic Paradox - HIV on the Edge.

In the second episode, “The Plague Years,” Dr. Anthony Fauci recalls the “darkest” years of his life in the early 1980s when he and others could do little to stop the surging pandemic, which was stealing the lives of previously healthy young men. Through conversations with Dr. Fauci, former CDC Director Dr. Julie Gerberding, famed HIV/AIDS doctor Paul Volberding, fashion designer Kenneth Cole and many others, the episode explores how the plague was experienced—confusion, stigma, hysteria, denial—and the historic actions taken to break the silence, confront the U.S. government, and change medical practice. The episode concludes with a look at the epidemic surges in South Africa and the former Soviet Union, and thoughts on how those plague years compare with our current experience of Covid-19.

In the third episode, “The Magic Years,” transformative antiretroviral drug therapies became “game-changing” tools in fighting HIV/AIDS after several years of struggle. The therapies, were at first far beyond the reach of developing nations, most notably in African societies that were being decimated by AIDS. Activism led to changes in pharmaceutical pricing and, combined with U.S. and G7 leadership, led to the launch of the Global Fund to Fight AIDS, Tuberculosis and Malaria. “The Magic Years” saw President Bush launch the President’s Emergency Plan for AIDS Relief (PEPFAR). The Fund and PEPFAR have saved millions of lives. The episode concludes with the question of why the lessons of the Magic Years have gone missing in the lackluster response of the world’s leaders to the Covid-19 crisis in low- and middle-income countries.

In the fourth episode, "The Paradoxical Present," many of the world's high-risk, disempowered populations are being left behind, despite remarkable science and medicine. They have become the front face of the pandemic. We explore their struggles up close in South Africa, Ukraine, and the U.S. South.

In the fifth episode, "Now What?," many of the world's leading HIV/AIDS voices including Dr. Anthony Fauci, Peter Piot and Quarraisha Abdool Karim express their concerns about the risk of regression in the age of COVID. 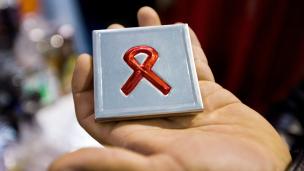 Reflections on the 2021 IAS Conference on HIV Science
July 30, 2021
View all content associated with this program