This project seeks to characterize changes in the civil-military dynamic, understand how they may affect major areas of national security and foreign policy, and develop recommended courses of action for civilians and military professionals alike

On May 23, 2017, CSIS's International Security Program hosted an all-day conference on U.S. civil-military relations. To set the stage, senior fellow Alice Friend interviewed a few of the country's top scholars and practitioners.

Dr. Erin Simpson discusses the perennial challenges of command and civilian control, her experiences in Afghanistan, and how much the armed forces should reflect society.

Dr. MacKubin Thomas Owens surveys the history of American civil-military bargains, and argues that we may be in the midst of a renegotiation. He also discusses how the way we think about using military force affects the civil-military dynamic.

America's Military? The Growing Gap between the Armed Forces and American Society

Dr. Michael Desch argues that we should think more about the social aftermath of the post-9/11 wars. Will military institutions respond to Iraq and Afghanistan by insulating themselves from civilian influence socially and operationally? Will non-veteran citizens learn about and connect meaningfully with their neighbors who served?

Dr. Richard Kohn, military historian and unofficial dean of the community of civil-military relations scholars, talks about the full range of civil-military issues today: the military’s relationship with American society, civilian elites’ responsibility to the armed forces, military politicization, and the risks when civilians cede control of the military.

US Army’s Priorities with GEN McConville, Army Chief of Staff

General McConville joins CSIS’s senior adviser Mark Cancian to discuss the U.S. Army’s priorities and the challenges facing the Army in the years ahead. 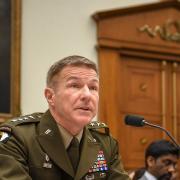 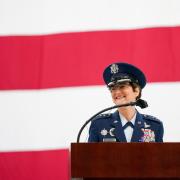 A Conversation with LTG Jensen, Director of US Army National Guard

Please join CSIS International Security Program as LTG Jon Jensen, Director of the Army National Guard, speaks with CSIS senior advisor Mark Cancian about the future of the National Guard and its role internationally and domestically. 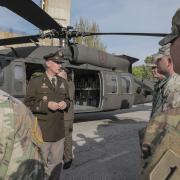 Jim explores the civil-military implications of Lloyd Austin's nomination to the position of Secretary of Defense.

The Military and the Media

Alice and Jim get guests' perspectives on what journalists and members of the military should do to get the relationship between them right more often.

Thank Them For Their Service

Alice and Jim talk to Loren DeJonge Schulman about the draft and the civilian national security workforce.

The Military and the Election

Alice and Jim talk with experts about some of the ways the military will, and hopefully won't, be involved in the 2020 Presidential election.

Race and the Military

Alice and Jim talk to active duty military personnel, veterans, and a civilian expert about race, bias, and discrimination in the armed forces.

The American History of Vietghanistan, Part 2

Alice and Jim explore how the stories Vietnam veterans told about their war have shaped America's experience of the war in Afghanistan.

Drawing on source material from Jake Tapper's book, The Outpost, director Rod Lurie has brought the story of the Battle of Kamdesh to the screen. Alice and Jim speak with Tapper, Lurie, soldiers involved in the battle, and a brigade psychologist.