An Independent Review of U.S. Defense Strategy in the Asia-Pacific Focusing on Capabilities, Presence, and Partnerships

In November 2011, President Obama declared, “the United States is turning [its] attention to the vast potential of the Asia Pacific region.” This announcement of a deliberate “rebalance” to Asia and the Pacific reflected the American people’s growing recognition of the importance of the region to U.S. interests and the need to reassert American engagement and leadership after the uncertainty caused by the 2008 financial crisis and a decade of combat operations in Southwest Asia.

Since then, however, the international security environment has become significantly more complicated. Recognizing the need to review the rebalance in light of changes in the security environment, Congress tasked the Department of Defense to commission an independent assessment. This study assesses U.S. strategy and force posture and also the capabilities of U.S. allies and partners in light of evolving regional security challenges.

This study confirms the finding of an earlier 2012 CSIS study on the rebalance that the United States will continue to pursue three historically interrelated interests in Asia and the Pacific: protection of the American people and U.S. allies; promotion of trade and economic opportunity; and support for universal democratic norms. Forward military posture and engagement will remain indispensable to these objectives in the years ahead, both to shape patterns of cooperation and to ensure effective contingency responses if crises or conflicts do occur.

Nevertheless, the study team is concerned that the administration’s rebalance effort may be insufficient to secure these interests. Chinese and North Korean actions are routinely challenging the credibility of U.S. security commitments, and at the current rate of U.S. capability development, the balance of military power in the region is shifting against the United States. The rebalance to the Asia-Pacific will require the Congress to forge a long-term bipartisan agreement to support this vital strategy. 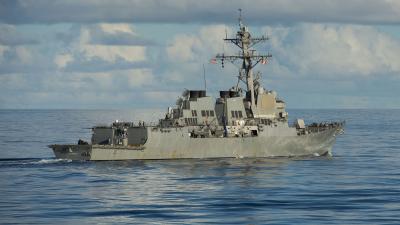