Governance and Militancy in Afghanistan and Pakistan

Security, governance, and politics in Afghanistan and Pakistan; regional stability; and U.S. strategy.

Since 2010, the Program on Crisis, Conflict, and Cooperation (C3) has studied security, governance, and politics in Afghanistan and Pakistan to find potential paths to stability and prosperity. One line of research, focusing on service provision and governance, studied how different formal, informal, illicit, and hybrid institutions and actors operate. Another line, focusing on militant religious movements, studied the main insurgent groups attacking Afghan, Pakistani, Indian, and foreign targets in the region. A third line of research has looked at U.S. interests, values, and policies in the region, with a particular focus on Pakistan.  Robert D. Lamb, director of the C3 program, is the principal investigator for these projects, with Sadika Hameed as the senior researcher.

The theme that emerges from this research is one of limitations. The United States and its allies are limited in their influence over people who hold de facto power in and out of government. It is necessary, therefore, to find pragmatic ways to deal with those who are malign or corrupt. But it is equally necessary to do so in a way that does not needlessly strengthen them or marginalize the moderates and reformers (in and out of government) whose efforts to transform their own countries remain the best hope for the region.

The C3 program is grateful to the Carnegie Corporation of New York, the Henry Luce Foundation, the Ploughshares Fund, and the Office of Naval Research for their financial support to these efforts. The views expressed in these publications do not reflect those of the funders, any entity of the U.S. government, or anyone other than the authors.

Religion and Militancy in Pakistan and Afghanistan
June 29, 2012
Report

Political Governance and Strategy in Afghanistan
April 30, 2012
On Demand Event 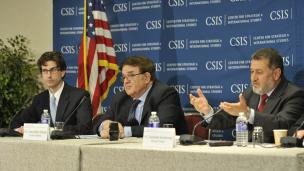 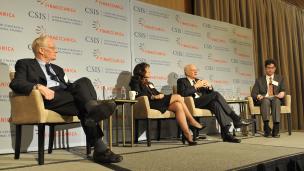 The Impact of Civilian Assistance to Afghanistan and the Way Forward
March 29, 2012
View all content associated with this program