Data and analysis on U.S. and international responses to protests, conflicts, and coups since 1989.

Every three weeks, a major political crisis begins somewhere in the world. The United States intervenes in less than a fifth of them. But that is still a new U.S. intervention about every two months. And almost all of them are civilian interventions: less than a third involve the military. CSIS has released a new dataset of "potential transitions" worldwide, covering responses to 758 political crises between 1989 and 2010, including 134 civilian and military interventions. Under what circumstances does the United States decide to intervene? How does it intervene when it wants to influence events? The Program on Crisis, Conflict, and Cooperation (C3) collects and analyzes data to answer these questions. 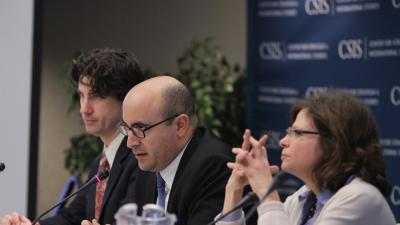