Founded in 2003, PONI is the premier networked community of next generation professionals prepared to meet the nuclear challenges of the future

CSIS launched the Project on Nuclear Issues in 2003 to develop the next generation of policy, technical and operational nuclear professionals through outreach, mentorship, research and debate.

Integrated Arms Control in an Era of Strategic Competition

This study examines the implication and prospects for the future of arms control in a highly competitive security environment in which challenges from advanced technologies and diminished state control over processes of verification become increasingly prominent features, even as the scope and modalities of arms control grow more complex and multifaceted.

Please join the Project on Nuclear Issues for our February 2023 Winter Conference, hosted in Honolulu.

The two-day conference will feature a series presentations from emerging nuclear experts, a keynote address, tours of facilities at Lawrence Livermore, and a breakout discussion on nuclear terrorism adapted from a ministerial-level scenario that will led by Corey Hinderstein and Heather Looney from NNSA. The conference will be off-the-record. 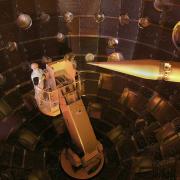 The Project on Nuclear Issues (PONI), Ploughshares Fund, and the Nuclear Science and Security Consortium are pleased to invite you to the third in a debate series on a range of nuclear challenges and policy decisions the Trump administration will face in 2017. The debate series aims to provide a forum for in-depth exploration of arguments on both sides of key nuclear policy issues. 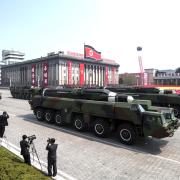 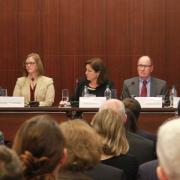 The role that nuclear weapons play in international security has changed since the end of the Cold War, but the need to maintain and replenish the human infrastructure for supporting nuclear capabilities and dealing with the multitude of nuclear challenges remains essential. Recognizing this challenge, CSIS launched the Project on Nuclear Issues (PONI) in 2003 to develop the next generation of policy, technical, and operational nuclear professionals through outreach, mentorship, research, and debate. PONI runs two signature programs—the Nuclear Scholars Initiative and the Annual Conference Series—to engage emerging nuclear experts in thoughtful and informed debate and research over how best to address the nuclear community’s most pressing problems. The papers included in this volume comprise research from participants in the 2016 Nuclear Scholars Initiative and the PONI Conference Series. 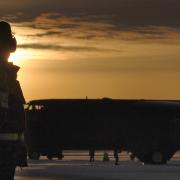 The final conference of the 2016-2017 PONI Conference Series will be held on March 16 at United States Strategic Command (STRATCOM), Offutt Air Force Base. 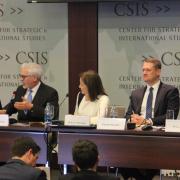 The European Trilateral Track 2 Nuclear Dialogues, sponsored by CSIS in partnership with the Royal United Services Institute (RUSI) and the Fondation pour la Recherche Stratégique (FRS), has convened senior nuclear policy experts from the United Kingdom, France, and the United States (P3) for the past eight years to discuss nuclear deterrence policy issues and to identify areas of consensus among the three countries. 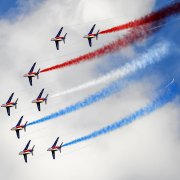 The Future of Alliances and Extended Nuclear Deterrence

A survey of the world today finds the nuclear landscape – from Russia, to North Korea, to India, Pakistan, and China – to be more uncertain and precarious than it has been any time since the end of the Cold War. Yet, even as nuclear dangers seem to be growing, there seems to be deepening discontent with the notion of nuclear deterrence. A growing chorus of voices questions the legitimacy of assurance and deterrence, fracturing what might have been thought at one point to be a consensus between allies. There also seems to be a growing skepticism about the benefits of the internationalist system on which deterrence, and especially extended deterrence, depends. We invite you to join us for a discussion on these issues facing the Trump administration. 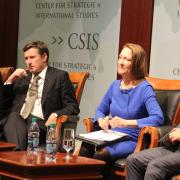 The Deterrence and Assurance Conversation

As we survey the world today, we find the nuclear landscape to be more uncertain and precarious than it has been at any time since the end of the Cold War. 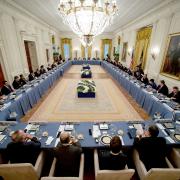 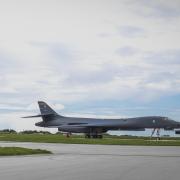