Working papers by Japanese experts on potential areas for enhanced cooperation between the United States and Japan.

Does Japan have a grand strategy? Is Japan capable of grand strategy? In the post-war period, Japan adhered closely to the Yoshida Doctrine of alignment with United States and focus on economic growth. However, today the nation faces challenges from a rising China and constrained economic growth at home that have required a search for new tools of statecraft to secure national interests and preserve autonomy and prestige. Prime Minister Shinzo Abe has garnered significant attention for his policies undergirding a path of “proactive pacifism” for Japan. First, Abe is pursuing an ambitious combination of fiscal policy, quantitative easing, and structural reform to reinvigorate Japan’s economy. Second, Abe is responding to strategic challenges by realigning national security institutions, including the establishment of a new National Security Council (NSC) and the relaxation of the government’s bans on collective self-defense and arms exports.

Shaping this new strategy is a generation of Japanese scholars and foreign policy experts who came of age in the post-Cold War era. Trained in the West but fluent in Asian languages, they are poised to take positions of influence as decision-making is increasingly centralized in the Prime Minister’s Office and the new NSC. CSIS has invited Japanese experts to serve as short-term visiting scholars in Washington, D.C. They worked with CSIS counterparts and other American scholars to produce strategy memos on their geographic and functional areas of expertise.

The United States has entered a new era of great-power competition with China. For U.S. strategy in Asia, there is no more influential ally than Japan. This year, the Japan Chair invited four scholars to examine various aspects of Japan’s relationship with China. What is the current state of Japan-China relations, and how might Japan’s approach affect U.S. strategy in Asia?

“Japan’s Strategies for Advancing Diplomacy in the United Nations: Implications for U.S.-Japan Cooperation”

Past Event
"Strategic Japan: Shaping the Rules Based Order in the Reiwa Era"


Ryosuke Hanada (The Japan Institute of International Affairs)
“The Role of U.S.-Japan-Australia-India Cooperation, or the ‘Quad’ in FOIP: A Policy Coordination Mechanism for the Rules-Based Order”

Akiko Fukushima (Aoyama Gakuin University)
“Multilateralism Recalibrated: Japan’s Engagement in Institution Building in the Past 70 Years and Beyond”

Jun Saito (Keio University)
“Japan’s Economy and Policy in a Global Context: Postwar Experience and Prospects for the 21st Century”

Kazuya Sakamoto (Osaka University)
“What Is the Strengthened Japan-U.S. Alliance for? Defending and Advancing the Liberal World Order”

Yoshihide Soeya (Keio University)
“The Case for an Alternative Strategy for Japan: Beyond the “A9A” Regime”

Yasuhiro Matsuda (University of Tokyo)
“How to Understand China’s Assertiveness since 2009: Hypotheses and Policy Implications” 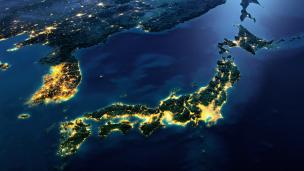