This project will look at China's ultimate objectives on the Korean peninsula.

This project will look at China’s grand strategy on the Korean peninsula.  It addresses the empirical puzzle of why Beijing appears to support all of the international community’s approbations of North Korea’s provocations, yet in practice, its actions fall short of what one would consider ideal.  The project will consist of periodic meetings with specialists from the United States, Japan, and other Asianists who will present their views on China’s ultimate objectives on the peninsula.

New Order in Northeast Asia | A Chosun Ilbo Interview with Victor Cha
In an interview with Chosun Ilbo on July 15, 2014, CSIS Korea Chair Dr. Victor Cha discussed Korea-China relations under Park Geun-hye. Dr. Cha said President Park’s good relations with both the U.S. and China simultaneously is unprecedented. Relations with China and the U.S. is not a zero-sum game for South Korea, rather it is a postive-sum game. However, President Park has not yet really had the China relationship tested by North Korea as President Lee Myung-bak did during the Cheonan sinking in 2010.

For the United States, there is enough confidence in the deep bilateral relationship with the Republic of Korea that improving South Korean relations with China would not pose a concern to the U.S. and is consistent with the broader interests of all parties.

The full interview was first appeared on July 18, 2014 in the Chosun Ilbo, available online in Korean at Chosun Ilbo.

An Historical Perspective on the China-North Korea Border
February 7, 2011
Newsletter 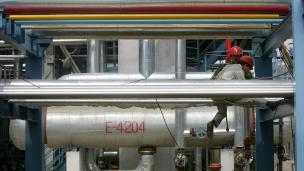 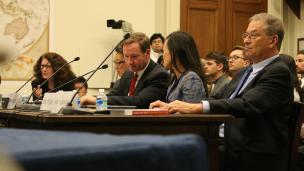 An Historical Perspective on the China-North Korea Border
February 7, 2011
Newsletter

China's Role on the Post-Cheonan Korean Peninsula
June 8, 2010
View all content associated with this program