The Korea Chair carries out a number of initiatives and projects calling upon a wide variety of experts from different disciplines and regions to explore the various longer-term transitional issues that will arise from unification of the Korean peninsula. The Chair also partners with a number of groups to organize international conferences and forums to bring greater transparency and understanding to issues associated with planning for the unification of the Korean peninsula.

In the aftermath of the Hanoi summit, please join CSIS for a special speech by Senator Cory Gardner (R-CO) to assess the outcome of the summit between the United States and North Korea. The senator's speech will be preceded by a panel of distinguished experts. 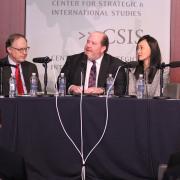 Prospects for the Trump-Kim Vietnam Summit

Please join us for a timely discussion with scholars, experts, and opinion leaders on the potential impact of the second U.S.-North Korea summit on February 27 and 28, 2019. 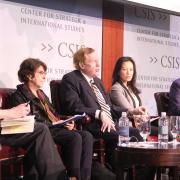 Cho Myung-gyon took office as South Korea’s 39th Minister of Unification on July 3, 2017. He was nominated by President Moon Jae-in on June 13 and approved by the National Assembly on June 29. Minister Cho replaced Hong Yong-pyo, who had previously held the office from February 17, 2015 through May 10, 2017. 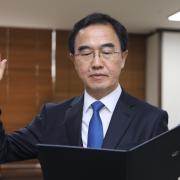 Please join us for a discussion on Japan-South Korea cooperation agenda on North Korea policy and other issues in the region following the 50th anniversary of the normalization of diplomatic relations between the two countries. 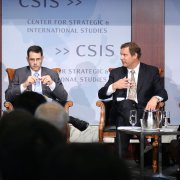 Russia and the Korean Peninsula: Policy and Investment Implications

This event is in cooperation with the Global Peace Foundation (GPF) and is on the record and open to the public. 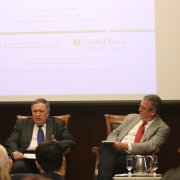 A Conversation about Korea and the United States

Please join us as we engage in a conversation with uniquely qualified group of current and former Korean and American officials to explore policies surrounding Korean unification, our bilateral alliance, as well as forecasting the challenges and opportunities faced by the two nations. 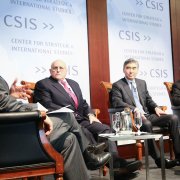