This project will look at China’s grand strategy on the Korean peninsula.  It addresses the empirical puzzle of why Beijing appears to support all of the international community’s approbations of North Korea’s provocations, yet in practice, its actions fall short of what one would consider ideal.  The project will consist of periodic meetings with specialists from the United States, Japan, and other Asianists who will present their views on China’s ultimate objectives on the peninsula.

New Order in Northeast Asia | A Chosun Ilbo Interview with Victor Cha
In an interview with Chosun Ilbo on July 15, 2014, CSIS Korea Chair Dr. Victor Cha discussed Korea-China relations under Park Geun-hye. Dr. Cha said President Park’s good relations with both the U.S. and China simultaneously is unprecedented. Relations with China and the U.S. is not a zero-sum game for South Korea, rather it is a postive-sum game. However, President Park has not yet really had the China relationship tested by North Korea as President Lee Myung-bak did during the Cheonan sinking in 2010.

For the United States, there is enough confidence in the deep bilateral relationship with the Republic of Korea that improving South Korean relations with China would not pose a concern to the U.S. and is consistent with the broader interests of all parties.

The full interview was first appeared on July 18, 2014 in the Chosun Ilbo, available online in Korean at Chosun Ilbo.

It’s not a surprise that last week China and Russia succeeded in watering down the new U.S.-proposed sanctions on North Korea. After all, they have veto power and have long wanted to protect the regime from measures they felt would threaten the stability of the country. But the result is as perplexing as it is disappointing and may indicate a significant shift in their thinking or a lack of discipline. In either case, we need to push to alter their thinking if we want collectively to create an environment conducive to radical change in the way North Korea operates—probably the only way a peaceful solution to the nuclear program, and a stable North Korean society, can be achieved. My partial answer is simple: Convince China to stop giving away crude oil to the North Korean government. Like any other customer, make Pyongyang pay for every drop. 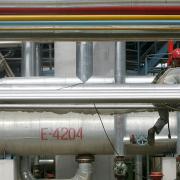 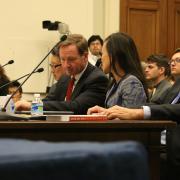 The Center for Strategic & International Studies (CSIS) will host a press briefing to discuss President Obama's upcoming trip to Japan, South Korea, the Philippines, and Malaysia.