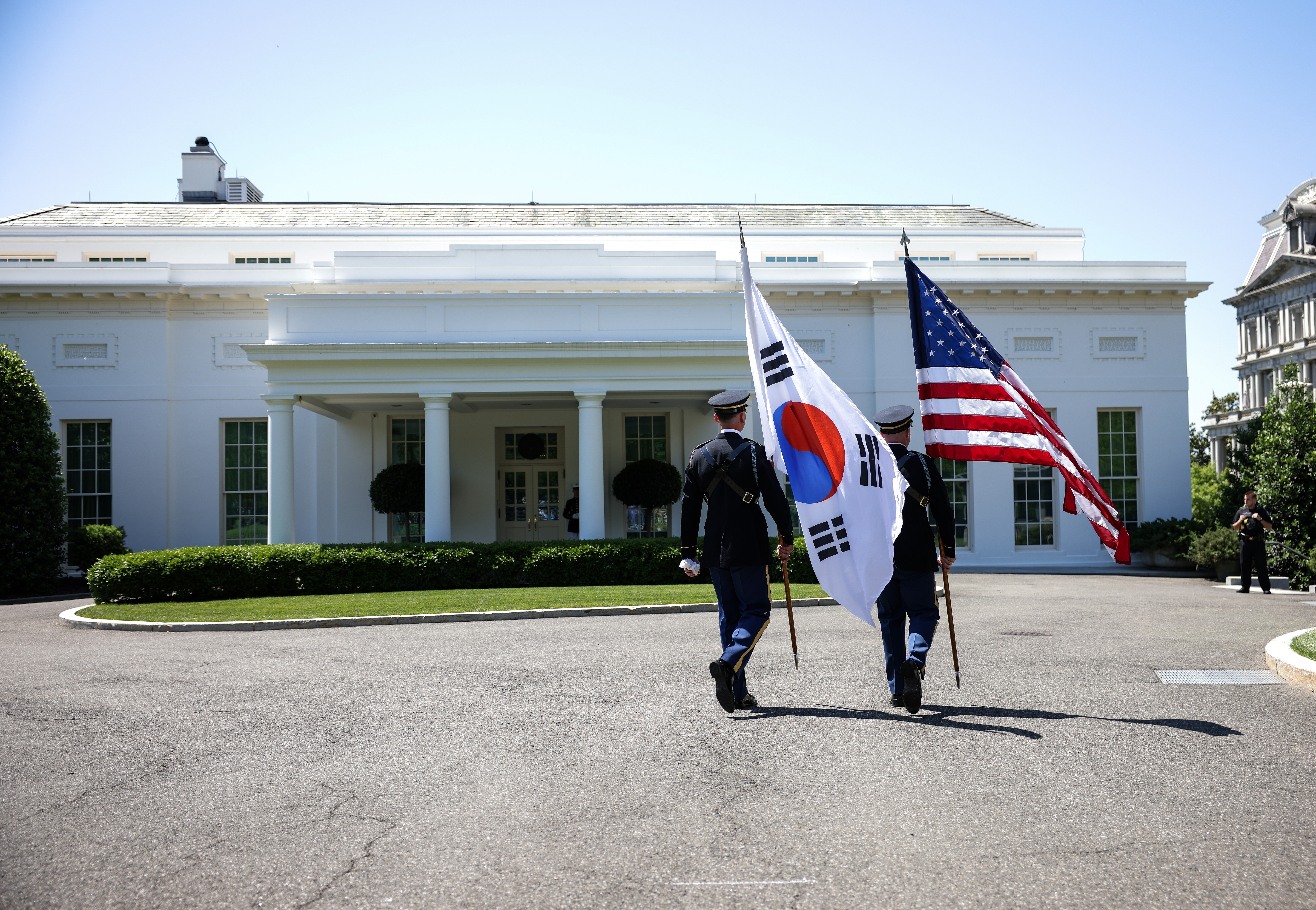 On Friday, October 29, CSIS and the Smart Women, Smart Power Initiative hosted a private, off-the-record roundtable with Minister Park Young-sun on the “Korea-US Economic Alliance and Tasks After the Moon Jae-in Administration.” Below is a script of her introductory remarks.

South Korean president Moon Jae-in is visiting Washington this week for a summit with U.S. president Joe Biden. Their meeting on May 21 will be the first meeting between the two leaders. CSIS Korea Chair will be following the summit with a series of analyses and updates.

Critical Questions: The Biden-Moon Summit: Rejuvenating and Modernizing the Alliance
In this Critical Questions, CSIS Victor Cha analyzes the main items on the agenda for the summit, including North Korea, Covid-19 vaccines, and economics and trade.

Podcast: The Impossible State “The Biden-Moon Summit”
In this episode, Dr. Victor Cha and Andrew Schwartz are joined by Dr. Sue Mi Terry of CSIS to talk about the Biden-Moon summit, the first summit meeting between the two leaders. They discuss North Korea policy, vaccine diplomacy, sports and the Tokyo Olympics and deliverables for the summit.

Podcast: Biden-Moon Summit Recap: North Korea, Supply Chains, and Covid-19
In this episode, Victor Cha is joined by Sue Mi Terry of CSIS and special guest Scott Snyder of the Council on Foreign Relations to give their assessments of the recently concluded Biden-Moon summit.

Background Press Call by A Senior Administration Official on the Official Working Visit of the Republic of Korea
A senior U.S. administration official did a background press call on May 19 to discuss what to expect of the Biden-Moon summit this Friday, May 21.

CSIS Commission on the Korean Peninsula: Recommendations for the U.S.-Korea Alliance

In late 2020, CSIS established a bi-partisan Commission to assess and make recommendations for the U.S.-Korea alliance. The commission was led by John Hamre and Joseph Nye with a group of senior experts and former U.S. officials.

On June 18, CSIS Office of the Korea Chair and the Korea Foundation co-hosted the third annual ROK-U.S. Strategic Forum at CSIS headquarters in Washington, D.C. This year’s theme was “Assessing the Trump-Kim Summit.” This year’s forum was highlighted by speeches from senior U.S. and ROK officials, including His Excellency Lim, Sungnam, First Vice Foreign Minister, Ministry of Foreign Affairs, Republic of Korea, who delivered the opening keynote address, Mr. Mark Lambert, Acting Deputy Assistant Secretary for Korea at the U.S. Department of State, who gave the luncheon keynote, and Senator Cory Gardner of Colorado, Chairman of the Subcommittee on East Asia, The Pacific, and International Cybersecurity Policy at the U.S. Senate Committee on Foreign Relations, who provided the closing keynote address. The 2018 ROK-U.S. Strategic Forum brought together top experts, opinion leaders, and current and former government officials to assess the results of the Singapore summit and to understand the path forward on denuclearization and the construction of a peace regime on the Korean Peninsula.

Foreign Policy in a New Era: The ROK and U.S.

On September 25, 2017, CSIS Office of the Korea Chair and the Asan Institute for Policy Studies co-hosted a special event featuring a keynote address and discussion with Her Excellency Kang, Kyung-wha, Minister of Foreign Affairs of the Republic of Korea and The Honorable Madeleine K. Albright, Chair of the Albright Stonebridge Group and former U.S. Secretary of State. The distinguished speakers discussed the current situation on the Korean Peninsula and Northeast Asia, the U.S.-ROK alliance, and their foreign policy experiences. The keynote discussion was followed by an expert panel on ROK-U.S. relations and the North Korean nuclear issues.

On June 30, 2017, His Excellency Moon Jae-in, President of the Republic of Korea, delivered a Global Leaders Forum address to a Washington D.C. foreign policy audience of more than 250 at CSIS headquarters. This occasion marked several firsts: President Moon's first foreign policy address abroad, his first visit to the United States as president, and his first summit meeting with the Donald J. Trump administration. Full audio and video archives of this event are available here.

U.S.-ROK Alliance: Looking Ahead to the New Administration and Beyond

On December 5, 2016 the CSIS Office of the Korea Chair and the Korea Foundation hosted a special international forum to review the opportunities and challenges for the U.S.-ROK alliance facing a new U.S. administration and beyond. This forum brought together U.S. and ROK senior officials, experts, and opinion leaders to discuss issues of North Korea’s challenges, the U.S.-ROK alliance and East Asia, and the future of U.S.-ROK economic, energy and trade cooperation. Full audio and video archives of this event are available here.

Each of these events, involving policymakers, experts, and opinionleaders, help to elevate the level of informed public discussion about U.S.-ROK relations in advance of the meeting of the two presidents.

The "Korea Going Forward" series of events was made possible by the generous support of Grosvenor Capital Management L.P. and Amkor Technology.

June 3-4, 2015: ROK-U.S. Strategic Dialogue
A unique track 1.5, two-day international forum, co-hosted with the Korea Foundation, looking at key issues for the Park Geun-hye government and the Barack Obama administration in the region and around the globe in advance of the Park-Obama summit with participants from think tanks, universities, media, and governments.

A public international conference co-hosted with the Korea Foundation involving senior opinion makers, policy makers and officials that took an look in-depth at the prospects for regional cooperation among the major powers of East Asia, in advance of the White House summit between the United States and the Republic of Korea.

October 15, 2015: Statesmen's Forum Address by the Honorable Park Geun-hye, President of the Republic of Korea

It was our distinct pleasure to host a Center for Strategic and International Studies (CSIS) Statesmen's Forum featuring her Excellency Park Geun-hye, President of the Republic of Korea. On the occasion of her summit visit to the White House, President Park delivered a public address on foreign policy and United States-Korea relations at CSIS.

In the run-up to the first bilateral summit between President Park Geun-hye and President Barack Obama on May 7, 2013, the CSIS Korea Chair featured a series of articles by senior Korean policy scholars that discuss the significance and implications of this summit meeting for the future of ROK-U.S. alliance.

South Korea’s Indo-Pacific Strategy has come under scrutiny in the United States and China. It is a key indicator of how Seoul will align itself with Washington or Beijing in the Indo-Pacific after years of "strategic ambiguity" pursued under the previous Moon government. 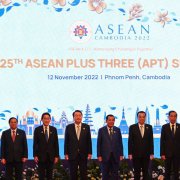 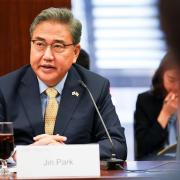 It is well past time for President Biden to appoint a U.S. special envoy for North Korean human rights with rank of ambassador. 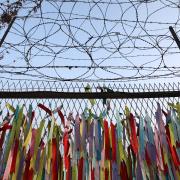 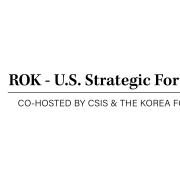 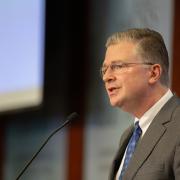 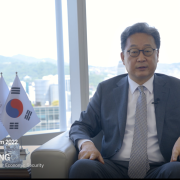 The First Biden and Yoon Summit

The first summit meeting to be held between Biden and Yoon on May 21 will demonstrate the strength and solidarity of the U.S.-ROK alliance, alignment on North Korea policy, and shared interest to cooperate on the U.S. Indo-Pacific Economic Framework. 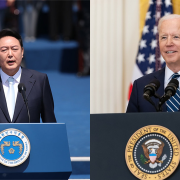 Yoon Suk Yeol: What to Expect from South Korea’s Next President

Yoon Suk Yeol emerged victorious in the South Korean presidential election on March 9. The victory resurrects conservative political forces in Korea that have been struggling to achieve political realignment since the impeachment of Park Geun-hye in 2017. 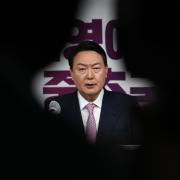