The Russia Balance Sheet provides comprehensive, balanced, and accurate information on all key aspects of Russia’s developments and their implications for the United States.

Throughout its history, Russia has displayed a profound capacity to surprise and confuse outsiders. Modern Russia is no different. Those interested in economic and financial developments may be impressed by the virtual macroeconomic revolution that has occurred in recent years, rapidly transforming Russia from an economically broken state to an emerging market powerhouse. Those interested in democracy, civil society and human rights will reach far less optimistic conclusions about the trajectory of the Kremlin’s domestic policies. Russia’s foreign policy continues to puzzle scholars and experts who attempt to discern how Russia perceives and intends on pursuing its interests abroad.

Despite the inherent difficulties in anticipating Russia’s future, the stakes remain extraordinarily high for U.S. policy interests. Russia still maintains the world’s largest stockpiles of nuclear weapons and fissile materials; its military industrial complex is second only to that of the United States, and its client list features countries like China, Iran, Syria, and Venezuela. Moreover, as the world’s largest producer of hydrocarbons, and a major producer of civilian nuclear energy, coal, and electricity, Russia’s aspirations to be an energy superpower are not without foundation. In addition, Russia has established ambitious development goals including becoming the 5th largest economy in the world by 2020. Whether those aspirations will be realized remains an open question.

Overall, is Russia posturing itself to become a partner with the United States, or is it attempting to build itself into a competing force in its purported sphere of influence? This question is more important today than ever before, so CSIS, the Peterson Institute for International Economics, and the U.S.-Russia Business Council have launched a project to address this question through the examination of several key aspects of Russia’s development. Through a focused, rigorous, multidisciplinary, and comprehensive approach, The Russia Balance Sheet will attempt to clarify the often murky course set out by leaders in the Kremlin.

Given Russia’s intrinsic importance, it is surprising that more effort has not been devoted to understanding Russia’s possible development trajectories. The timing is ripe for such an effort, especially under new presidential administrations in both countries. In the near term Washington needs to have a sense of how a new Russian president may consolidate power, the Kremlin’s ability to drive policy, and the broad outlines of that policy.  In the longer term policymakers need to consider a series of questions including: what kind of power is Russia likely to be in the world; how will it define its interests; what capacities it will have to pursue those interests; and how compatible those interests will be with U.S. interests. The Russia Balance Sheet provides an accurate assessment of Russia’s current strengths and weaknesses and provides a set of clear, concise policy recommendations for the future of U.S. – Russia relations. 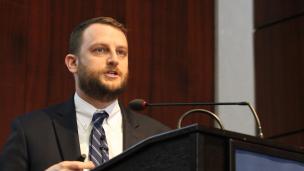 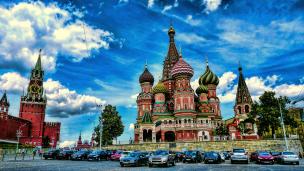 Russia after the Global Economic Crisis
June 10, 2010
On Demand Event

Pressing the "Reset Button" on U.S.-Russia Relations
March 5, 2009
View all content associated with this program