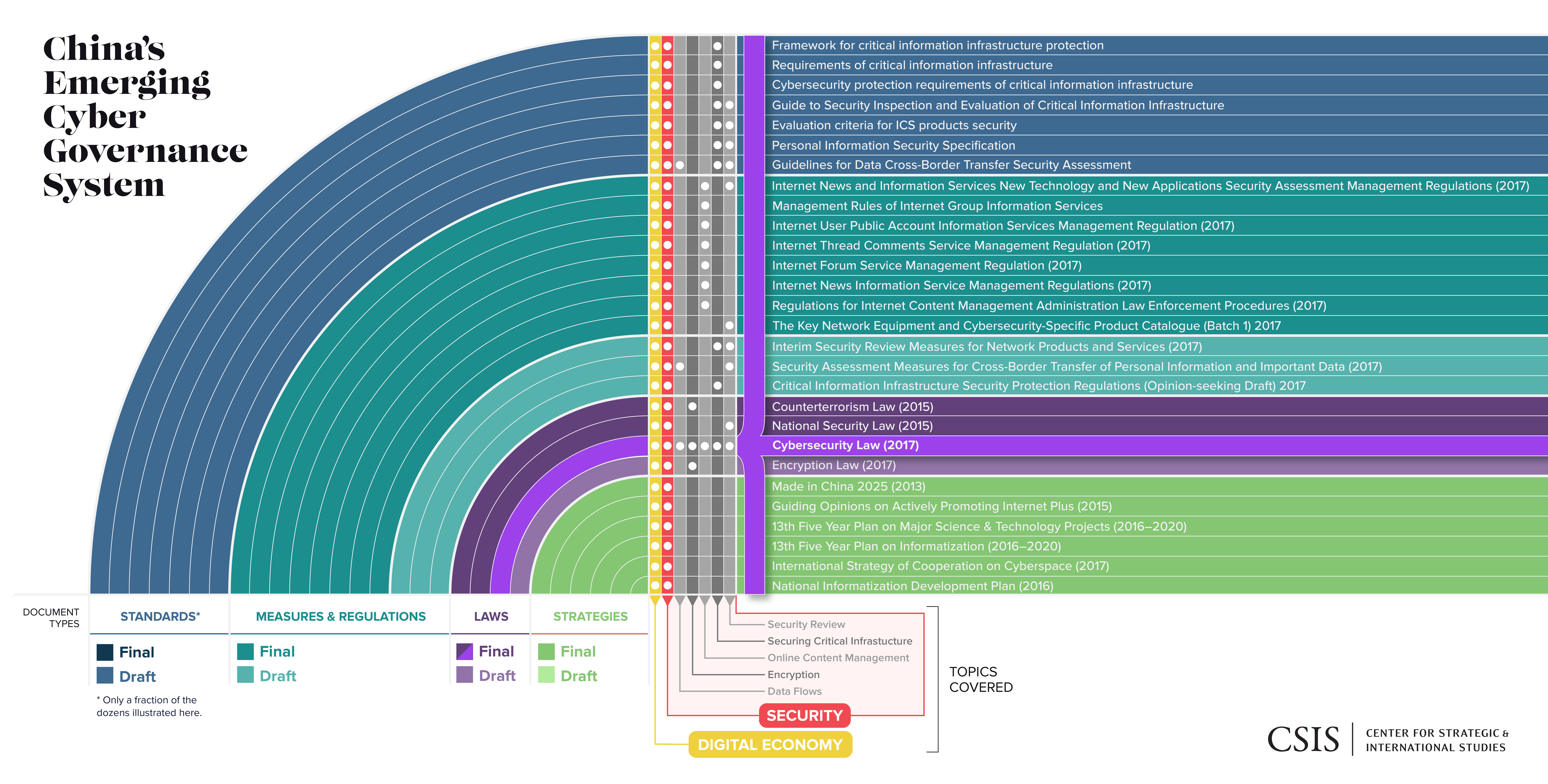 The Chinese leadership is in the midst of building the most extensive governance regime for cyberspace and information and communications technology (ICT) of any country in the world. Recognizing that technology has advanced more quickly than the government’s ability to control it, Beijing has moved to rapidly to construct a policy and regulatory framework spanning cybersecurity, the digital economy, and online media content—all under one mantel.

China’s ICT governance regime is best understood as a matrix of interlocking strategies, laws, measures, regulations, and standards. Together these pieces cover rules for data protection, critical infrastructure (CI), encryption, internet content, as well as bolstering China’s ICT industry. China’s cybersecurity law—which has received perhaps the most attention—is at the center of a much broader vision. Most of the current laws and strategies are final, but many of the corresponding measures and standards are still in draft form. Pending standards, for example, around data flows, person information, and CI are key issues to watch as stakeholders within the Chinese bureaucracy continue to debate implementation scope.

Beijing’s effort is already more comprehensive than that in the U.S. and Europe. The U.S., for example, has no national-level data protection position and has struggled to articulate a clear strategy for cyberspace beyond the military domain. For its part, the European Union’s General Data Protection Regulation (GDPR) is not explicitly tied with more far-reaching goals for national security and social stability. Europe has also taken a more stove piped approach to digital trade and security. What remains to be seen is whether the major economies including India, Brazil, and the ASEAN bloc will adopt Beijing’s view of sovereignty for regulating cyberspace and emerging technologies, and how governments and industries in the U.S. and Europe will respond to a potentially more fractured global legal landscape. What is clear is that as China’s ICT framework takes shape, major global economies will have to understand China’s approach. 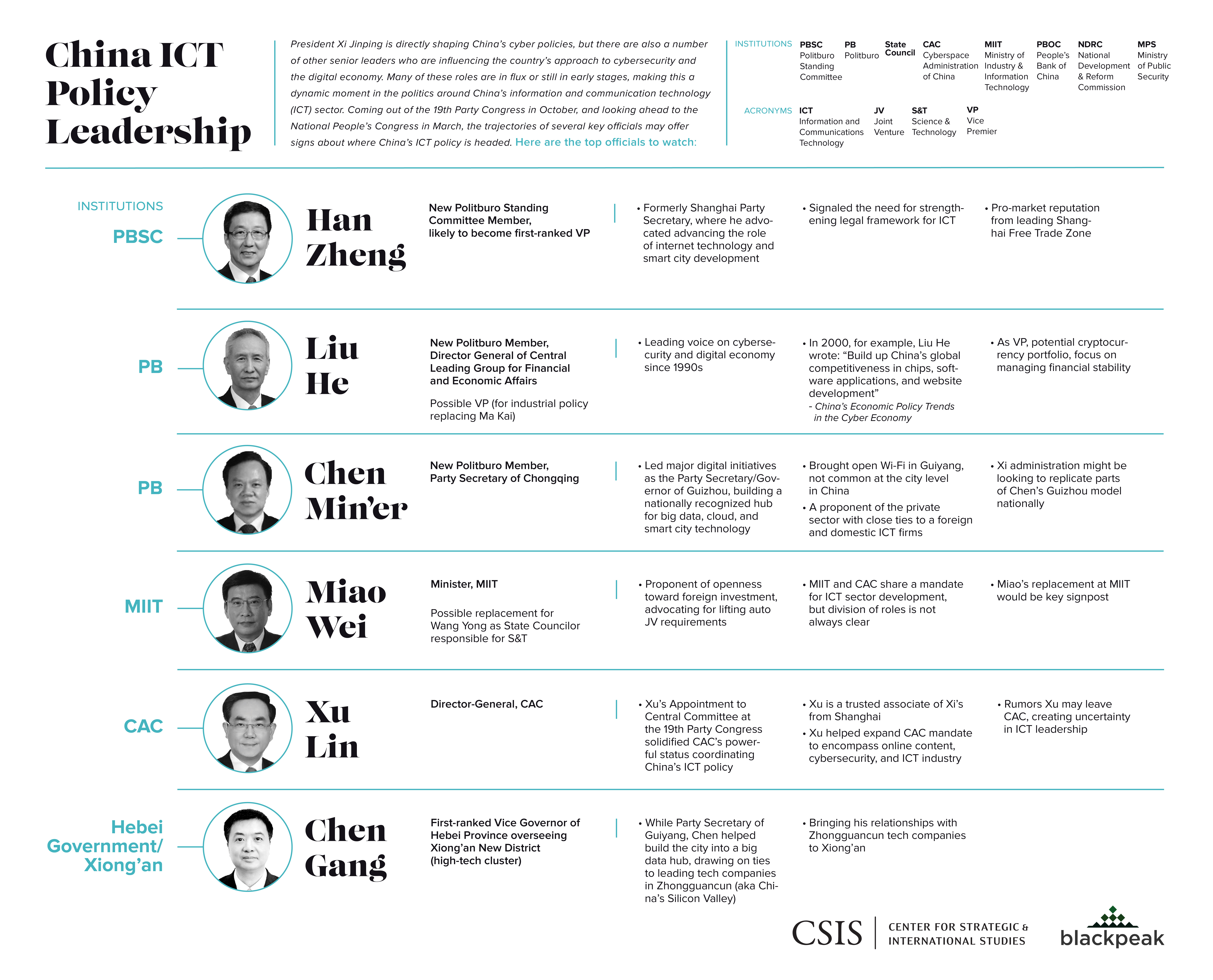