CSIS’s International Security Program and the Project on Nuclear Issues analyze nuclear policy issues including deterrence, escalation, and arms control, and is the leading network of nuclear policy professionals.

As the United States tailors its deterrence strategy to two peer adversaries, future arms control efforts will likewise need to be designed to manage competition with both Russia and China.

Deterring Nuclear Weapons Use in Ukraine

How Does the Worsening Security Environment Impact Nuclear Disarmament?

North Korea States It Will Never Give Up Nuclear Weapons

See all analysis on Nuclear Issues

See all podcasts on Nuclear Issues

China’s Role on the Korean Peninsula: A Conversation with Dr. Victor Cha

Book Event: The Fragile Balance of Terror: Deterrence in the Nuclear Age

The Nuclear Posture in Review

The Future of Arms Control, Strategic Stability, and the Global Order

Book Event: The Fragile Balance of Terror: Deterrence in the Nuclear Age

Please join the Project on Nuclear Issues for a book launch event, featuring "The Fragile Balance of Terror: Deterrence in the Nuclear Age." 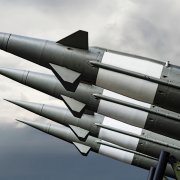 China’s Role on the Korean Peninsula: A Conversation with Dr. Victor Cha

In this episode of the ChinaPower Podcast, we are joined by Dr. Victor Cha to discuss the changing dynamics on the Korean Peninsula and the relationship between China and North Korea. He explains that despite outward appearances, the China-DPRK relationship is deeply fraught and not as close as it may seem. Dr. Cha reveals that between a strict Covid-19 lockdown and the sanctions imposed between 2016-2017, North Korea's dependence on China has fallen and Beijing may now lack adequate tools to place pressure on Pyongyang. Lastly, Dr. Cha challenges the notion that the United States and China share goals for a nuclear-free Korean peninsula. Rather, he contends, the two share common ground in wanting to prevent conflict on the peninsula.

Dr. Victor Cha is a Senior Vice President for Asia and holds the CSIS Korea Chair. He is professor of government and holds the D.S. Song-KF Chair in the Department of Government and the School of Foreign Service (SFS) at Georgetown University. In July 2019, he was appointed vice dean for faculty and graduate affairs in SFS. While working for the White House between 2004-2007, Dr. Cha was the director for Asian affairs at the National Security Council. He was responsible primarily for Japan, the Korean peninsula, Australia/New Zealand, and Pacific Island nation affairs. Dr. Cha was also the deputy head of delegation for the United States at the Six-Party Talks in Beijing. He is the author of five books, including the award-winning Alignment Despite Antagonism: The United States-Korea-Japan Security Triangle.

As the United States tailors its deterrence strategy to two peer adversaries, future arms control efforts will likewise need to be designed to manage competition with both Russia and China. 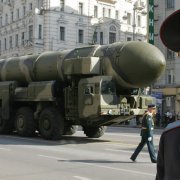 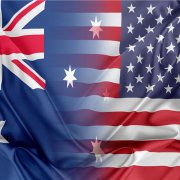 The CSIS Project on Nuclear Issues hosted 2022 Fall Conference, featuring a keynote address as well as presentations from emerging nuclear experts covering topics such as nuclear policy and strategies, arms control and proliferation challenges, technology and capabilities, and deterrence. 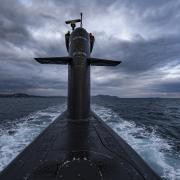 CSIS’s Tom Karako joins the podcast to discuss Russia’s missile arsenal, what they are prepared to do with it, and the implications of Iran’s role.

Deterring Nuclear Weapons Use in Ukraine

President Vladimir Putin has increasingly relied on nuclear threats in an attempt to prevent foreign intervention and signal to the United States and NATO that he is committed to winning the war in Ukraine. 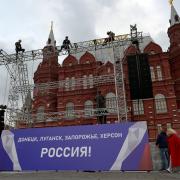 How Does the Worsening Security Environment Impact Nuclear Disarmament?

On August 26, 2022, the Treaty on the Non-Proliferation of Nuclear Weapons Review Conference ended without a consensus due to the security environment. However, this narrative ignores growing friction between nuclear weapon and nonnuclear weapon states. 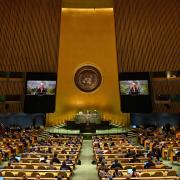 North Korea States It Will Never Give Up Nuclear Weapons

On the 74th anniversary of its founding, North Korea passed a new law enshrining its nuclear power status, expanded conditions to launch a preemptive nuclear strike, and declared its intention to never denuclearize. 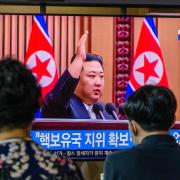