Erik Peterson is director of A.T. Kearney’s Global Business Policy Council, a strategic advisory service specifically designed for the world’s top CEOs and business-minded thought leaders. He joined in the firm in February 2010. He is also a senior adviser at CSIS, the Washington-based bipartisan, nonprofit think tank on foreign policy and national security issues. Formerly (1998–2010), he was senior vice president at CSIS. He also held the CSIS William A. Schreyer Chair in Global Analysis, an endowed chair named in honor of Merrill Lynch chairman emeritus Bill Schreyer. From 2003 to 2010, Peterson served as director of the CSIS Global Strategy Institute—a “think tank within a think tank”—which he established in 2003 to assess long-range trends. Previously, he was director of studies at CSIS (1992–2003), in which capacity, he oversaw and coordinated programs, projects, and publications across the organization. Before joining CSIS, Peterson was director of research at Kissinger Associates, the international consulting firm chaired by former secretary of state Henry A. Kissinger.

Peterson currently serves on several advisory boards, including the X Prize Foundation, the Center for Global Business Studies at Pennsylvania State University, and the Center for the Study of the Presidency and Congress. In past years he has also served as a fellow of the World Economic Forum and a member of the forum’s Global Risk Network. For the past four years, he has served on the judging panel of the Gerald R. Ford Foundation for its prize in national security reporting. In December 2009, he was named distinguished faculty associate in international business at the Smeal School of Business at Penn State University. In October 2008, he was appointed visiting scholar at the John Hopkins University School of Advanced International Studies. A sought-after public speaker, Peterson has addressed numerous groups and lectured in 48 U.S. states and 28 countries. He has spoken regularly at a wide array of U.S. government institutions, including the Army Medical Strategic Leadership Program, Army War College, Coast Guard, Department of Agriculture, Department of Defense, Department of Energy, Department of State, Interagency Institute for Federal Health Care Executives, Internal Revenue Service, Joint Chiefs of Staff, National Defense University, Proteus, Reserve Forces Policy Board, USAID, and the Western Governors Association. In addition, he has had extensive interface with major corporations and trade associations the world over.

The author of several publications, Peterson is now completing a book on global strategic trends and their effects on governance structures in societies across the world. Recent writings include “Race to the Future” (The Age, November 20, 2009), “The World is Dry” (SAISphere, May 2008). Together with Rachel Posner, he is author of “The World’s Water Challenge,” (Current History, January 2010), Water and Energy Futures in an Urbanized Asia: Sustaining the Tiger (CSIS, December 2007), and Global Water Futures: A Roadmap for Future U.S. Policy (CSIS, September 2008). Erik contributed a chapter entitled “Scanning the More Distant Future” to For the Common Good: The Ethics of Leadership in the 21st Century (Praeger, 2006). He also serves on the editorial review boards of the SAIS Review and Diplomatic Courier. Peterson received his M.B.A. from the Wharton School at the University of Pennsylvania, his M.A. from the Johns Hopkins University School of Advanced International Studies (SAIS), and his B.A. from Colby College. He holds the Certificate of Eastern European Studies from the University of Fribourg (Switzerland) and the Certificate in International Legal Studies from The Hague Academy of International Law (The Netherlands). 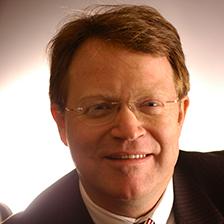