Is it in the United States’ national interest to continue participating in global agreements on climate change? Among the many questions the Donald Trump administration faces in defining an “America First” foreign policy, this is a relatively easy one to answer in a bipartisan manner. Even if you are indifferent to climate action and instead are focused on job creation at home or aggressive competition with China, our national interest is better served by staying in the Paris Agreement than by pulling the ripcord.

To understand why, let’s rewind to the infamous Kyoto Protocol. That agreement featured national climate targets negotiated behind closed doors at the United Nations, and it excluded emerging economies from cutting emissions. Just before Kyoto was finalized in late 1997, the U.S. Senate fired a 95-0 shot across the bow of the Bill Clinton administration (including from then-Senator John Kerry) warning it not to bother bringing the agreement to the Senate for ratification. What was the Senate’s unanimous objection? They complained that “the exemption for Developing Country Parties is inconsistent with the need for global action on climate change and is environmentally flawed.” Their directive was that the United States should not sign on to a climate agreement unless it “also mandates new specific scheduled commitments…for Developing Country Parties within the same compliance period.”

To the intense consternation of other countries, the Barack Obama administration used this bipartisan feedback as its blueprint and began working to dismantle and replace the Kyoto regime. In place of Kyoto, we now have the Paris Agreement, which tracks closely with what the Senate had called for. Paris puts China, India, and other emerging markets on equal footing with the United States. It embraces the idea of “nationally determined contributions” (NDCs), which means national targets set by us, not for us. And although abandoning Kyoto initially drew heavy criticism from the European Union, China, India, and many others, the new approach has attracted national targets from more than 190 countries. More than 120 heads of state personally went to Paris to help seal the deal.

The world cares a lot about the Paris Agreement (not only countries, but the many blue-chip U.S. companies that endorsed it). Withdrawing from it or the underlying UN Framework Convention on Climate Change would create a huge diplomatic backlash for the United States and negatively impact the Trump administration’s ability to achieve an international agenda that asks a lot of our allies and partners, whether on NATO reform or renegotiation of trade agreements. Nicholas Burns, who served as deputy secretary of state under George W. Bush, put it best in a recent interview in the New York Times: “I think it would be a major mistake, even a historic mistake, to disavow the Paris deal… I can’t think of an issue, except perhaps NATO, where if the U.S. simply walks away, it would have such a major negative impact on how we are seen.” There is already buzz in the international community about imposing trade barriers on the United States if it leaves the Paris Agreement—the same kind of border adjustments that the Trump administration is weighing imposing on other countries.

Burning valuable political capital and risking a climate-related trade war seems especially unnecessary when you consider the simple, low-key requirements associated with staying in the agreement. The NDC the United States filed (26–28 percent reduction compared to 2005) doesn’t come due until 2025, after Trump leaves office. Alternatively, if retaining the Obama target is politically untenable, the Trump administration could indicate that it will review the matter and file a new one. Yes, it will be tricky to submit a new NDC consistent with the administration’s domestic regulatory rollback that also passes muster with the international community’s idea of ambition. But various options exist. One is to submit a deeper target for a year further out (say 2035) that is based on assumptions about carbon capture and storage. Beyond the question of the NDC, staying in with a seat at the table isn’t that hard: submit some reports, show up to meetings. And team Trump doesn’t need to stay mute. They can find things to be for in the context of international climate talks, such as pressing China on transparency and promoting private-sector investment in clean energy.

And that brings us to the economic prize to be won. In 2014, for the first time in history, more new clean power capacity was installed worldwide than fossil power capacity, and those curves are unlikely to cross again. Wind and solar are already the cheapest forms of energy in much of the United States, and Bloomberg predicts that within a decade, it will be cheaper to build new wind and solar capacity than to keep existing coal and gas plants running. They don’t spew air pollutants, they enhance local energy security, and they are less vulnerable to going offline due to natural disasters or terrorism. On the jobs front, solar already employs more Americans in the power sector than oil, gas, and coal combined. Rather than debating whether this stuff is true, politicians should be scrambling to make sure U.S. businesses promote their exports to win a maximum share of an $8 trillion global market for wind and solar technologies in the next 25 years.

That’s certainly what China’s leaders are pursuing. China’s conversion from climate foot-dragger to global leader is no goody-two-shoes move. Among the major powers, China is perhaps the most shrewd and rational promoter of its self-interests. In Copenhagen, China famously resisted new commitments and the notion of responsibility for carbon emissions. After Paris, President Xi Jinping forcefully called on other countries to protect and implement the new agreement. What happened in between? China’s leaders decided that the global clean energy transition will actually happen and that China stands to benefit. Consider that China’s Paris target requires building 800 to 1,000 gigawatts (GW) of clean energy by 2030. This is equivalent to the size of the entire U.S. electric grid today, or 1 GW per week—a staggering pace that China is now on track to meet while building an industrial base to dominate the global market for clean energy technology. Are we going to let China out-innovate us and shape the global policy regime to its advantage while we argue about the equivalent of whether horses and buggies or automobiles are the future of transportation?

The Trump administration faces a clear choice. Option 1: Stay in a global agreement designed around a bipartisan blueprint; show up to workmanlike talks and file required paperwork no one in Washington will read; and lean in to the commercial side aggressively by promoting U.S. clean energy exports and investment overseas. Option 2: withdraw; enrage virtually all our important allies and partners; cede market share to China; and face possible trade retaliation. Regardless of your view on climate change, that seems like an easy one. Putting America first means defending a global agreement that finally holds China to an equal standard while beating them in the race for supremacy in global clean energy markets.

Paul Bodnar is a nonresident senior associate with the Energy and National Security Program at the Center for Strategic and International Studies in Washington, D.C., and former senior director for energy and climate change at the National Security Council in the Obama administration. 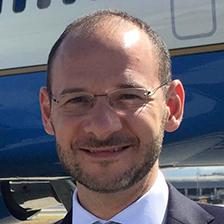