Venezuela at a Crossroads: The Countdown to a Soviet-Style Constituent Assembly

Yesterday, the broad opposition to the Nicolás Maduro regime, and to its proposed July 30 constituent assembly, organized a political referendum, effectively launching the most important two weeks in the history of Venezuela. The international community continues to watch a sophisticated nation crumble before its eyes. The levels of violence and civilian deaths are increasing exponentially and could sink Venezuela to permanent failed state status. This man-made crisis worsens when one considers how thoroughly and deeply entrenched government and military officials are in narco-trafficking and other nefarious activities. As yesterday’s referendum results showed, 98 percent of the 7.5 million voters are demanding that the regime stop the constituent assembly, respect the current Constitution, accept the democratically elected National Assembly, and hold free and transparent elections to form a new transitional government. The international community must act now to ensure that democracy and rule of law remain critical priorities within the Western Hemisphere.

The Venezuelan democratic political opposition, civil organizations, religious leaders, and churches, universities, and the diaspora with other global supporters sent a powerful and clear message with the July 16 referendum. In an unprecedented act of national bravery, virtually all Venezuelan voters disapproved the proposed constituent assembly that Maduro intends to convene on July 30. Based on the Constitution, the referendum results should be binding to all Venezuelan institutions and authorities. However, given Maduro’s dictatorial precedent, it is not surprising that he has chosen to completely ignore yesterday’s results and continue to disregard the will of the Venezuelan people.

The international community needs to act now and reiterate to the regime that any government resulting from the ruling of the constituent assembly will not be recognized. This referendum has further emphasized the strength of the Venezuelan people and their desire to fight for freedom and justice—but they need global support and an influx of resources to ensure success. The following are the critical questions that the international community needs to address in order to help Venezuela.

Q1: What does yesterday’s referendum mean for Venezuela and the international community?

A1: The referendum results should be seen as a binding decision on the military, the Supreme Court, the national prosecutor’s office, and other institutions in Venezuela and the global community at large. The opposition has undeniably gained more political, legal, and moral authority in its fight to halt the constituent assembly. The “former chavista” group, led by top prosecutor Luisa Ortega Diaz, sees the result as further justification in their actions to distance themselves from the regime’s continued disregard for human rights and rule of law. Military officials, many of whom are on the brink of crossing party lines, now have a mandate from the people to reject the illegitimate constituent assembly and support a transition back to a constitutional rule of law and order. In light of the referendum results and the continued rise of the opposition, the international community should immediately and publicly reject the unprecedented disruption of constitutional order in Venezuela.

Q2: What’s next for Venezuela, and how much time is left?

A2: Only two weeks remain before the regime imposes the constituent assembly on July 30. This new and handpicked assembly will claim it has the power to change and select new institutions and authorities, implement different private property laws, and rewrite the Constitution. The proposed assembly members, most of whom are blindly pro-regime followers from “comunas” around the country, will likely disregard rules regarding normal election cycles under the current Constitution, among other unconstitutional actions. Maduro’s constituent assembly threatens to establish a “communal state” within Venezuela, inspired by the Cuban and North Korean political systems. If Maduro and his inner circle rewrite the Constitution, we will see a Venezuelan government split in two: one dictated by the unconstitutional constituent assembly process; and the other led by the democratically elected National Assembly and the attorney general’s office. If this occurs, Venezuela could have two Supreme Courts, two different prosecutor offices, and two National Assemblies—ultimately resulting in two competing governments established within one country. 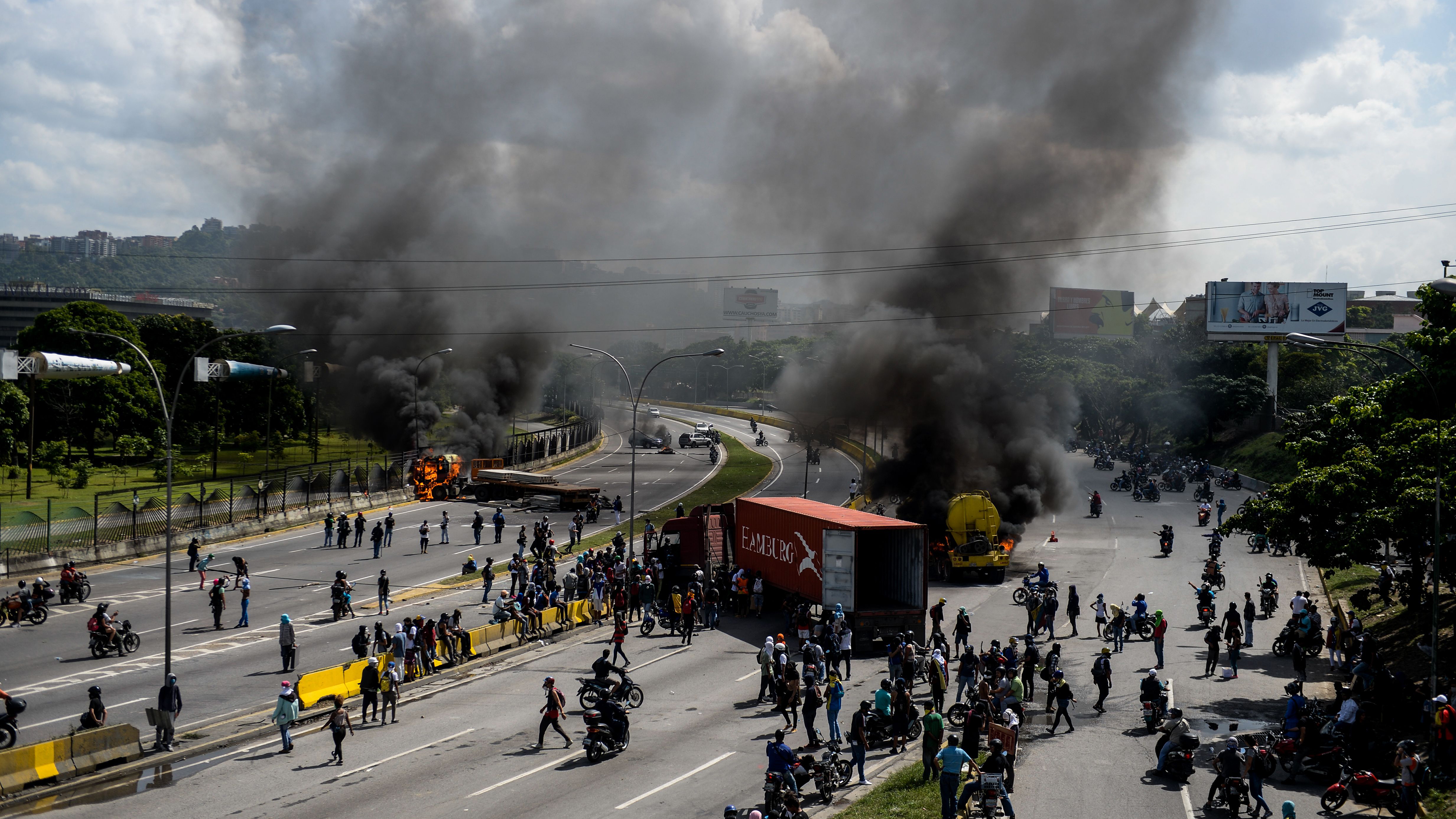 Q3: What can the United States and international community do to help now?

A3: Resolving this crisis ultimately needs to be a Venezuelan-led effort, but the United States and the international community have an important role to play. The two main drivers that will influence the outcome of the crisis are the degree of the regime’s attempts to maintain power through repression and coercion, and the degree and types of external pressure or assistance the regime receives from key international actors. The following are concrete actions for the international community to consider:

The crisis in Venezuela today is no longer a conflict between two opposing political groups or ideologies. It is a conflict spawned by a repressive narco-trafficking regime that violates the fundamental rights of its people and openly disregards the most basic democratic guarantees. It’s no surprise that Venezuela now stands dead last in most rankings for economic indicators, security, and social well-being as measured by independent organizations.

Change must come now. But it won’t come until converging internal and external pressure on the regime coincide: the United States and international community must act much more cohesively to help Venezuela immediately.

Moises Rendon is associate fellow and associate director of the Americas Program at the Center for Strategic and International Studies in Washington, D.C.

© 2017 by the Center for Strategic and International Studies. All rights reserved.
Photo credit: Mario Tama/Getty Images
Written By