RESOLVED: Japan Has Not Done Enough to Bolster Immigration

Immigration reform is often talked about as a way to address Japan's demographic challenges. In late 2018, Japan revised its immigration law to attract new foreign workers and deal with labor shortages in key sectors. In April 2019, the revision went into effect, and since then, Japan has been accepting foreign workers under two types of “specified skills” visas. Is Japan’s new approach working, and has Japan done enough to strengthen immigration?

In the seventeenth issue of the Debating Japan newsletter series, the CSIS Japan Chair invited Mina Pollmann, a doctoral candidate in political science at MIT, and Dr. Naohiro Yashiro, vice president and a professor of economics at Showa Women’s University, to share their perspectives on Japan’s immigration policy since the April 2019 reforms. 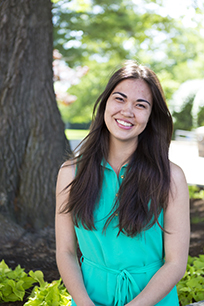 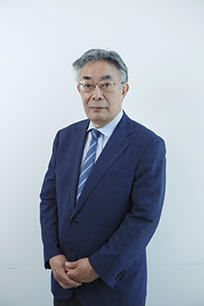 In April 2019, Japan began implementing an amendment to the immigration control law to allow 345,000 new low-skilled and high-skilled workers to immigrate to Japan over the next five years. The historic reform was pushed through despite contentious debate as an economic measure to stave off the approaching demographic crisis: with 28 percent of the country over 65 years old, Japan’s fertility rate of 1.4 children per woman does not bode well for Japan’s future labor supply.

Homogenous and insular, Japan is not an immigrant-friendly nation-state. Despite demographic trends that necessitate increasing the labor force through increased immigration, the Japanese government has not done enough to bolster immigration. While Japan’s level of economic development may make it an enticing destination for potential low-skilled immigrants from the region, concerns about lax worker protections can dampen their enthusiasm. For potential high-skilled immigrants from around the world, Japan’s toxic work culture can be a deal-breaker.

Low-skilled laborers have been entering Japan since 1993 through a de facto guest worker program, the Technical Intern Training Program. While it is presented as a program for low-skilled foreign laborers to gain skills by working in Japan for a limited time, “trainees” face abuses such as less pay, excessive overtime, and having their passports and travel documents confiscated by employers. Seven thousand trainees disappear annually from their assigned “training” sites, mostly to escape the terrible work conditions. Last year, a Ministry of Justice probe found rampant abuse of these trainees. Most sobering, 171 trainees died between 2012 and 2017.

Future low-skilled immigrants who make their way into the country through the new visa category—and not as “trainees”—will have greater flexibility to move around within Japan, and hopefully, this will curb some of the worst excesses. However, unless the accountability and results, the trainee program’s notoriety may deter future immigrants, especially given there are more hospitable alternatives such as Australia.

Of the 126 million people residing in Japan today, nearly 3 million are immigrants. To bolster low-skilled immigration, the Japanese government needs to offer greater protections for vulnerable workers from exploitation. To bolster high-skilled immigration, especially among female workers, the Japanese government needs to get serious about a wholesale reform of the work culture to make it a more desirable destination country.

The Japanese government had capped the entry of immigrants under the new system to 47,550 workers in the first 12 months, fiscal year 2019. However, at the end of the first year, only 3,987 foreigners—less than 10 percent of the government’s projections—resided in Japan under the auspices of the new system. By the end of April 2020, that number had edged up to 4,497. Though Covid-19-related issues—such as the global economic slowdown and the closing of test centers for individuals to qualify for the new visa—certainly play a role, this should be a warning to the Japanese government. It is presumptuous to assume that potential immigrants will come to Japan without ever evaluating other options.

But protecting low-skilled workers from exploitation and making Japanese businesses more attractive work environments for high-skilled workers will not be enough so long as Japanese immigration rules and regulations can be changed arbitrarily and on the government’s whim. The Japanese government responded to the Covid-19 pandemic by forbidding the reentry of foreign nationals, including permanent residents, which affected roughly 3 million foreign residents of Japan. This response has, understandably, caused many foreigners to question how welcome they truly are. More importantly for Japan, it has caused foreigners to question how much time and energy they want to invest in a country whose government may renege on their end of the bargain.

Immigrants are people too, and like people everywhere, they want to be able to plan for their future in an orderly and predictable way—like making decisions about what schools to attend, which companies to work for, and what kinds of social initiatives to undertake in the community. The Japanese government’s decision to forbid reentry undermined that basic contract, and has revealed how shaky the Japanese government’s commitment to the wellbeing of immigrants truly is. One cannot argue that Japan has done enough to bolster immigration until the Japanese government stops treating immigrants as disposable labor whose wellbeing is only a secondary priority.


In April 2019, Japan amended the immigration control law, reflecting a major shift in Japan’s immigration policy. The amendment creates new visa statuses for specified skilled workers that will enable foreign workers to be employed in a wider range of occupations and stay in Japan with their families.

However, this change in policy is often misunderstood as Japan is finally opening the door to unskilled foreign workers. This runs contrary to strong opposition or anxiety that an increasing number of unskilled foreign workers might induce more unemployment among Japanese domestic workers or social unrest in local communities. Instead, the amendment is an extension of traditional immigration policy to accept only skilled workers. In this case, rather than highly skilled white-collar professional jobs, the amendment targets 14 middle-skilled blue-collar jobs.

The criteria for accepting foreign workers in this new category is even more strict than the criteria for traditional white-collar workers. For example, new foreign workers need to have Japanese language fluency in addition to their own skills, unlike English-language professors, who do not have to speak Japanese at all. Even so, the revision of the immigration law is significant progress—albeit by Japanese standards—toward bolstering immigration.

A major factor behind this change in immigration policy is a rapidly shrinking population, particularly from the ages of 20 to 64, which has declined by 10 million in 2020 since its peak in 2000.

Also, an increasing college enrollment ratio of over 53 percent has resulted in a serious labor shortage in blue-collar jobs, mainly in the services and distribution sectors.

Previously, the government accommodated an increasing demand for blue-collar labor by using loopholes in the immigration law, which basically did not allow for foreign workers to hold these jobs. One loophole was the use of the “trainee” program for transferring skills to foreign workers so that they could  utilize them in their home countries. Another was the use of international students studying in Japanese schools who were allowed to do part-time jobs up to 28 hours a week.

Among the 1.46 million foreign workers in Japan, the share of those de facto unskilled workers outlined above has been rising—accounting for 42 percent of the foreign workforce in 2019. There is a societal concern that those foreign trainees are often suffering poor working conditions, mainly because they cannot change their workplace, unlike normal workers due to bilateral training contracts.

What is more depressing for both employees and employers is that these foreign trainees have to return to their home country after a training period of a maximum of 5 years. This is often to Japan’s detriment; for example, Vietnamese foreign workers that are trained in Japanese shipbuilding companies unwillingly move to Korea, a major Japanese competitor, as Vietnam does not have a large shipbuilding industry.

The recently revised immigration law has provided a path to solving these problems. The government established a new visa status for “trainee” workers after their training period is over based on their skills. They can choose their own workplace, and their new status can be frequently renewed (i.e., they can permanently stay in Japan with their family). Thirteen months after the revision, in May 2020, the number of foreign workers admitted into this new category is 5,225 workers.

In addition, the revision can benefit workers that fall under the visa status for nurses and caregivers from Indonesia, the Philippines, and Vietnam, based on pre-existing Economic Partnership Agreements (EPA) between Japan and these respective countries. The EPAs allow these Asian countries to get better access to Japanese cars and electronic products and grants Japan more access to their human resources—necessary to address Japan’s aging society. There were 6,400 of these new visa workers in 2019, and the limitation of their stay in Japan—which used to be at a maximum of 5 years—can now be extended using the new visa status created under the immigration law revision.

In summary, though Japan needs more immigration if it wants to offset the declining population, the government is making positive changes to increase immigration by gradually widening the door for urgently-needed blue-collar and labor-intensive jobs.

In addition, even though the increase in foreign workers in Japan is not as fast compared to other OECD countries, it is still necessary for Japan to maintain the principle of accepting only those workers with a certain level of skills, including language fluency. This is because language proficiency is necessary not only for working in Japan but being accepted as a member of the local community.

Government support is also required to help further increase immigration. Skills for teaching Japanese as a foreign language need to be encouraged. Also, the law for enforcing equal pay for equal work for the protection of foreign workers should be enforced. Increasing the share of skilled foreign workers in Japan is beneficial to increasing diversity in the economy and society, but only when it is achieved in an orderly form.

NAOHIRO YASHIRO is vice president and a professor of economics at Showa Women’s University. He received his PhD in economics from the University of Maryland and worked at OECD as head of the Japan and Ireland Desk. He was a president at the Japan Center for Economic Research and a member of the Government Council of Regulatory Reform. He specializes in labor economics, social security, and Japanese economy.