Without STEM Immigration Reforms, the United States Will Not Stay ahead of China


Talent is critical to innovation, and America’s deep pool of skilled scientists and engineers is a key component of its technological primacy. But today, for the first time in decades, U.S. leadership is under serious threat. Reaping the fruits of significant long-term investments, China’s supply of science, technology, engineering, and mathematics (STEM) talent now rivals that of the United States, both in terms of quantity and quality. Given current trends, it is inevitable that China will overtake the United States in purely domestic terms—if it has not done so already. The most powerful—and perhaps only—lasting and asymmetric American advantage is its ability to attract and retain international talent, a feat China has not been able to replicate despite extensive efforts. But the U.S. government risks squandering that advantage through poor immigration policy. Without significant reforms to STEM immigration, the United States will struggle to maintain long-term competitiveness and achieve near-term technology priorities such as semiconductor supply chain security, leadership in artificial intelligence (AI), and clean energy innovation. 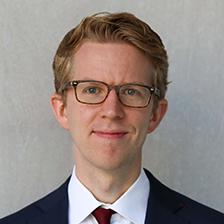 Most Recent From Remco Zwetsloot

Want to secure U.S. supply chains? Reform high-skilled immigration
The Hill | Will Hunt, Remco Zwetsloot
May 20, 2022
In the News

Here to Stay: Where the United States Stands in the International Competition for STEM Talent
International Higher Education | Remco Zwetsloot, Jack Corrigan
January 17, 2022
In the News