The use of export controls and sanctions as unilateral and plurilateral foreign policy tools has become more frequent and complex. In the United States, heightened attention on reexport/retransfer and end-user/end-use controls has given rise to an intricate regulatory regime that is a boon, perhaps, to lawyers, consultants, and advisers, but nonetheless challenging for companies that must ultimately understand their changing risk profile and maintain compliance. As the United States continues to exploit the extraterritorial reach of its regulations, the growing threat of a regulatory “arms race,” particularly with China, adds to an already jittery business environment. The “tit for tat” nature of export controls and sanctions today risks undermining the effectiveness of export controls and leaving policymakers with limited options.

The Existential Threat of Extraterritoriality

Secondary sanctions, which prohibit third parties, including foreign entities, from doing business with sanctioned entities, play an increasingly important role in applying pressure. The Foreign Direct Product Rule (FDPR), while not a sanction, was initially beefed up in 2020 to cut off access by Huawei Technologies and many of its subsidiaries to U.S. chips by imposing a license requirement for certain foreign-made items using U.S.-origin controlled software, technology, or equipment if the items were destined for Entity List parties. The FDPR has recently been expanded to include Entity List parties in Russia and Belarus.

These changes fuel speculation that Chinese banks and companies will face the extraterritorial application of U.S. secondary sanctions should they enter into prohibited transactions with Russia. In a recent interview, U.S. secretary of commerce Gina Raimondo stated that the United States could deny exports of equipment and software to Chinese manufacturers found to supply chips and other items to Russia. Shortly thereafter, the Commerce Department published a list of 100 private and commercial aircraft owned or controlled by Russia or Russian nationals that were flown from a third country to Russia. This action gave notice that the servicing of these aircraft anywhere in the world would constitute a violation of U.S. export controls.

China has taken a leaf from this playbook and stepped up its use of novel means to apply economic pressure to “foot stomp” its political displeasure. Most recently, China’s anger at Lithuania for allowing Taiwan to open a representative office in Vilnius included demands for companies across Europe to stop doing business with Lithuania. Slovenia’s efforts to bolster ties with Taiwan met similar resistance as Chinese companies immediately withdrew from contractual agreements following Beijing’s official expressions of chagrin. Given the centralized nature of China’s economy and the outsized influence of the state in corporate affairs, this behavior should not be surprising, and in the future, this might become an expected first salvo.

In June 2021 China enacted a new “Anti-Foreign Sanctions Law,” creating a legal apparatus for censuring foreign companies and individuals for implementing or complying with the sanctions of a foreign power when those sanctions adversely affect Chinese citizens or otherwise interfere in China’s internal affairs. While international outcry over human rights concerns in China including the treatment of Uyghurs formed the backdrop for this law, the broad scope of the Anti-Foreign Sanctions Law has given foreign companies with business interests in China reasons for pause. Chinese and non-Chinese individuals and their relatives alike could find themselves blacklisted and subject to civil suits for complying with foreign sanctions that are viewed as causing harm to Chinese parties. The haste with which China published this law and ambiguities in how it will be administered have spawned cautionary soothsaying from many corners.

The Anti-Foreign Sanctions Law follows the Ministry of Commerce’s publication of China’s “Rules on Counteracting Unjustified Extra-territorial Application of Foreign Legislation and Other Measures” (January 2021) and joins other recent legislative actions that appear to mimic measures long used by other countries, especially the United States. These include several tranches of sanctions naming politicians and nongovernmental organizations in the United States, Canada, United Kingdom, and European Union for criticizing China’s actions in Hong Kong and Xinjiang, which is viewed in China as foreign interference in domestic affairs. In September 2020, China established a mechanism for an “Unreliable Entity List” for designating foreign companies deemed to be acting inimical to China’s interests, followed by enactment of its own Export Control Law. So far, China has not named any parties on this list.

China’s Export Control Law codified an administrative and enforcement framework for regulating controlled items, including technology (also known as “deemed exports,” a construct based on the U.S. regulatory framework), and articulated provisions for export licensing and reexport controls. Again, similar provisions existed in the United States’ Export Administration Regulations and the International Traffic in Arms Regulations (ITAR), which governs the movement of defense articles, munitions items, technical data, software, and defense services. One wonders if a Chinese version of the “see through rule,” which asserts that any item containing a part or component enumerated on the U.S. Munitions List becomes subject to the ITAR, is next. Nuances in the interpretation of U.S. export control regulations have long challenged trade compliance practitioners and their advisers; the broad strokes of China’s laws leave room for even greater concerns over consequences that could have catastrophic effects on cross-border trade. The capriciousness with which other national security laws have been applied in China further increases nervousness among foreign parties.

Taken together, these regulations—China’s Anti-Foreign Sanctions Law, Rules on Counteracting Unjustified Extra-territorial Application of Foreign Legislation and Other Measures, the Export Control Law, and Unreliable Entities List—form countermeasures that, on the surface, appear similar to the European Union’s “blocking” regulations in seeking to mitigate the impact of foreign sanctions and extraterritorial reach of export control regulations. The timing of China’s actions reinforces perceptions of the retaliatory nature of these efforts. Should the United States find itself needing to impose secondary sanctions on Chinese companies, it is not difficult to envision an equally assertive response from China’s political leadership. To be clear, full implementation of China’s blocking laws has not taken place. It would be naïve to think, however, that these countermeasures would not be invoked or continue to evolve, even if no additional new sanctions or export controls are imposed on China or Chinese entities.

The Cold War was marked by a nuclear arms race predicated upon a doctrine of mutually assured destruction and a belief therefore that rational actors would always seek survival. It is not possible, nor may it ever be possible, to foresee a wholly different outcome in which nationalistic self-interest would override even the basest survival instinct. For now, there is an expanding array of points and counterpoints that expose entities and individuals to consequences from all sides. While financial institutions have become quite adroit at navigating contradictory regulations, new and novel export controls and sanctions affect a broader swath of industries. More than ever, companies worry about being caught up in a political entanglement where there may not be an easy exit.

Recent days have seen an unprecedented tide of emotion and international resolve decrying the Russian government’s invasion of Ukraine. However, there are already cracks, even domestically within the United States, fueled by disinformation, and support for sanctions may facing growing domestic pushback as economic pain widens. Although Moscow claims that China has refused to supply parts for aircraft in Russia, this should not be viewed as China’s support for Western sanctions on Russia. In fact, although there is no evidence China has yet contravened sanctions, China has consistently denounced sanctions as ineffective. Moreover, it is entirely possible China will selectively support Russia economically regardless of sanctions and seek to avoid major penalties from secondary sanctions by having these actions taken by smaller banks and technology companies and not major well-known financial institutions and companies.

Around the Looking Glass

Recent regulatory changes have significantly amplified risks of noncompliance for all companies, including those that did not traditionally consider themselves to be in the crosshairs of national security policy. That China has laid down markers enabling them to retaliate with legalistic countermeasures of their own is not unexpected, and moving forward, companies will find de-risking a necessary part of their risk calculus. For example, while sanctions are not the primary reason for exiting Russia, companies that do so may be able to avoid some of the complexities surrounding recent regulatory changes. One can argue that de-risking from Russia is easier and less costly than from China, where economies are more closely and intricately tied; for most companies the stakes are higher with China. However, foreign companies are increasingly viewing their China operations as “being in China for China” rather than manufacturing goods for export onward out of China, making it easier to isolate China operations should the need arise.

Someone once said that their company valued the ability to “see around corners.” This would certainly come in handy as companies struggle to know what to expect in a regulatory “fun house” of distorting mirrors and doorways to nowhere. For policymakers, seeing around corners means planning for unintended consequences and, more importantly, knowing when to seek alternatives to ratcheting up export controls and sanctions. Calibrating the impact that multilateral export control regimes can exert on member states (for example, on Russia as a member of the Wassenaar Arrangement) and nonmember states, including China, requires the ability to identify pressure points as well as the resolve to maintain pressure in the face of competing economic interests. The ability to clearly articulate an offramp for sanctions is equally important; without such measures there is little incentive for the target of any sanction to accede, resulting in an escalating risk of sanctions being ignored and thus ultimately ineffective. The nuclear arms race ended with the collapse of the Soviet Union, but the export controls and sanctions arms race is just beginning. It remains to be seen for how long the United States can keep its plurilateral coalition in effect and, more importantly, whether these measures can be applied in the infinitely more complex theater of relationships with China.

Jeannette L. Chu is a non-resident senior associate with the Trustee Chair in Chinese Business and Economics at the Center for Strategic and International Studies in Washington, D.C., and a managing director at PricewaterhouseCoopers Advisory Services LLP. The views expressed here are her own and do not represent PricewaterhouseCoopers.

© 2022 by the Center for Strategic and International Studies. All rights reserved
Written By 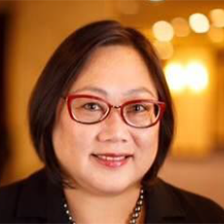 Most Recent From Jeannette Chu