John Schaus is a senior fellow in the International Security Program at the Center for Strategic and International Studies, where he focuses on defense industry and Asia security challenges. His research areas include Asia-Pacific security issues and U.S. defense policy and industry, and he presents CSIS’s flagship presentation on future trends, “Seven Revolutions: Scanning the Horizon Out to the Year 2035 and Beyond.” Prior to rejoining CSIS in July 2014, he worked in the Office of Asian and Pacific Security Affairs (APSA) within the Office of the Secretary of Defense. His responsibilities there included day-to-day management of the U.S.-China military relationship; as special assistant to the assistant secretary of APSA, he coordinated work product and policy priorities for an office of 100, crossing two geographic combatant commands and including five U.S. allies. His most recent previous position was as regional policy adviser to the assistant secretary for APSA, where he oversaw Defense Department participation and represented the department in Asian multilateral defense organizations, as well as ensuring actions, budget, messaging, and planning aligned with broader U.S. efforts, in particular with the rebalance to the Asia Pacific. Prior to working in the Pentagon, Mr. Schaus served as executive officer to the president and CEO of CSIS for five years. He received a B.A. from St. John’s University in Minnesota, and an M.P.P. from the University of Minnesota’s Hubert H. Humphrey School of Public Affairs. 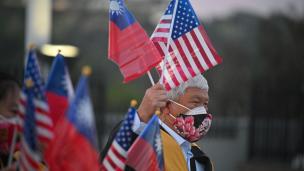 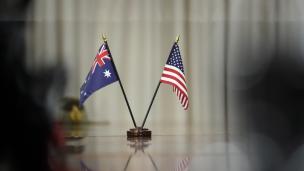 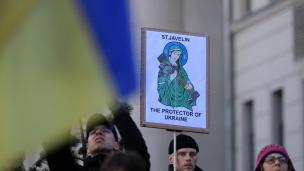 Saint Javelin of Limited Supply
By John Schaus
March 28, 2022
View all content by this expert