The US and China: Not Number One

It is almost universally believed that the United States and China are locked in a strategic competition of epic proportions. This “clash of systems” is wide-ranging, covering economics, security, and politics. One mistaken assumption found in much of the analysis and commentary is that the US and China are competing to be #1. That may be the case when the competition is narrowly framed around issues of power, for example, for economic scale, location in global supply chains, technological innovation, military sophistication, and force projection capabilities. These are metrics in which the US and China perform well or are improving quickly.

But in many areas of social significance, both the US and China are not number one. Far from it, the two often find themselves way down the list when compared to other countries. It is critical that we not lose sight of the fact that in many areas of life – from governance to healthcare to crime to the environment – the two countries have a lot of catching up to do.

Figure 1 (scroll down & PDF) is our attempt to collect as many cross-national indicators as possible to show where the US and China are doing well – and where they are not. One can quibble with the specific components included in our list, but not with the ultimate conclusion: the US and China are far from number-one in many aspects that are critically important to successful, well functioning societies.

There are several reasons why it is important for the United States and China to not place other goals beneath the pursuit of power. First, as important as power is, it is far from everything. Many of the typical kinds of power metrics do not easily translate into tangible benefits for ordinary citizens. To oversimplify, you can’t eat a nuclear weapon. A strong military deters aggression from others, but much more is needed once a society is made safe from external threats. It is critical that as a society we set goals to achieve a high quality of life, and that means targeting areas that do not easily translate into metrics of power.

Happiness is not the be all end all of life, but it’s not irrelevant either. And on this score the US and China do not fare particularly well, ranking 18 and 94, respectively, far behind Finland. The US ranks higher than China on metrics of democracy and freedom, but even there the US is far from preeminent, something we’ve witnessed in vivid terms the last few years.

Second, if Americans and Chinese only focus on being better than the other country, then that would mean still being ranked behind many other countries in a wide range of categories. The US having wider broadband access than China is less impressive when one realizes that at least 20 other countries outperform America.

Third, progress in some areas is largely a zero-sum competition, but in most areas one’s own performance benefits from the high performance of others. Where things are more clearly defined as positive-sum, improving life in the US in many respects depends on improving the situation in China, not to mention in many other countries. That certainly appears to be the case in issue areas that depend heavily on the provision of public goods, such as public health and the environment.

And finally, soft power actually accrues to those countries who do well in those areas outside the confines of hard power. As Joseph Nye writes in his latest book, The Future of Power, the ability to bring others to your side – to be your trusted ally, partner or customer, is shaped by a country’s attractiveness. Better American performance on metrics concerning governance, health, tolerance, and the environment will raise its soft power, and in turn, provide a foundation for strengthening its hard power. So the US can become even more powerful precisely by not focusing on power, or at least by not making it the be all end all.

Below we elaborate on three areas where the United States and China are lagging and could do much better.

The United States and China have become global competitors when it comes to technological innovation. The two countries sit at the forefront of cyber power and supercomputer technology, and they file the highest volume of patent applications annually. But despite their leadership in many areas of technology, comprehensive innovation rankings expose weaknesses in vital areas, revealing the Achilles’ heel of both countries' innovation capacity.

The 2020 Global Innovation Index (GII), which is maintained by the World Intellectual Property Organization (WIPO), ranks the United States as the third most innovative country, behind only Switzerland and Sweden. Meanwhile at 14th place, China is the only middle-income economy to break into the top 30. However, their strong overall scores mask weaknesses in specific sub-sectors. For the United States, education (45) and ecological sustainability (59) are major vulnerabilities to America’s innovation prowess. China also suffers from poor performance in tertiary education (83) and environmental sustainability (54), but the dismal condition of its regulatory environment (102) serves as an even greater hurdle for the country to become a top global innovator.

The IMD World Digital Competitiveness Ranking this year shows a similar pattern. The United States has held the top position in this index for three consecutive years (2018-2020). China has risen rapidly, advancing from 30th in 2018 to 22nd in 2019 and to 16th this year. But taking a closer look, the United States still underperforms in employee training programs (40), STEM education (54), and immigration laws (63). Meanwhile, China is still a laggard in intellectual property rights protection (42), financial services for technology development (43), public expenditure on education (51), and internet penetration (56).

Much of the technology and innovation strength of the two stems from the sheer scale of their economies. But smaller competitors, such as Switzerland, have remained just as relevant by being efficient and inclusive. Despite fierce competition in the information and communications technology (ICT) sector, internet penetration in the United States and China remains at 87.3 percent and 54.3 percent (ranking 31 and 54, respectively), whereas smaller countries like Iceland, Qatar, and South Korea have reached 95 percent or higher. Both the United States and China must address these weaknesses – education and ecological sustainability in both countries and the regulatory environment most urgently for China – if they intend to strengthen their innovation leadership.

Despite the United States and China’s high-powered economies and military strength, both countries lag globally when it pertains to key social indicators and metrics. According to the 2016 World Bank’s poverty headcount ratio at $5.50 per day, the United States and China ranked 21st and 53rd, respectively. Although the Xi administration recently claimed victory on eliminating poverty, China’s self-defined poverty line of $2.20 per day is too low and masks the reality of continued extensive poverty and rising inequality.

The Gini coefficient, one of the most widely used metrics of inequality, shows that in 2019 the United States (0.481) and China (0.465) both still have highly unequal income distributions in absolute terms and relative to other countries. By contrast, the World Bank estimates in 2017 that Slovenia has the world’s lowest Gini coefficient, at 0.242. Similarly, according to the World Inequality Database (WID), the per-tax national income of the top 10 percent in China and the United States is 41 percent and 45 percent, ranking 65th and 91st, respectively, indicating a very unequal distribution of wealth.

Inequality was far lower in China in the late 1970s, but then soared following the launch of the “reform and opening” policies. Marketization succeeded in delivering decades of high overall growth, but a number of factors – among them corruption, credit policies favoring a shift of wealth from households to companies, privatization of SOEs, and an insufficient availability of welfare services – have raised inequality far higher than would otherwise be the case. It likely resulted in the share of public wealth (as a portion of national wealth) to drop from about 70 percent in 1978 to 35 percent by 2015.

Meanwhile, trends in the United States are similarly concerning. The bottom 50 percent of wage earners experienced a collapse in their share of the nation’s wealth between 1978 and 2015, from 20 percent to 12 percent of total income, while the top one-percent’s income share rose from 11 percent to 20 percent. Inequality was exacerbated by educational and wage policy failures, resulting in insufficient support for the underprivileged. In addition to this, as in China, the United States lacks a well-funded welfare state when compared with other advanced industrialized economies.

The Covid-19 pandemic has exposed the weaknesses in the provision of public health in both the United States and China. Even though the US had the highest ranking in the 2019 Global Health Security Index, it still has struggled mightily at responding to the pandemic, with currently over 200,000 new cases per day. The total number of cases in China has been far lower, but there was significant mismanagement in late 2019 and early 2020, and China’s fatality rate of 5 percent per case ranks 10th worst globally, much higher than the 1.9 percent in the United States and the world average of 2.3 percent. To improve pandemic preparedness, the two countries should invest more in healthcare infrastructure, both physical and institutional, and provide greater leadership for international collaboration.

Aside from pandemic preparedness, neither country ranks well in life expectancy. According to the UN’s 2019 Human Development Report, Americans have an average life expectancy of 78.9 years, whereas for mainland Chinese the figure is 76.7 years, ranking 37 and 62, respectively, and far behind Hong Kong at 84.7 years. One reason may be lifestyle-related diseases in both countries. In 2016, over two-thirds of Americans were considered overweight and 36.2 percent obese, significantly higher than in any other developed country. In China, the most common cause of death for the past three decades has been stroke, commonly associated with unhealthy diets and smoking. With nearly two million stroke-related deaths per year, China has the highest level of stroke risk, at 39.3 percent, of any country in the world.

Another key indicator of a strong public health sector is their citizens’ access to quality healthcare, and both China and the United States struggle in this regard. In the 2016 Healthcare Quality Index (HAQ), researchers studied 32 causes from which death should not occur when citizens have sufficient access to healthcare. On a scale of 0-100, the United States scored 88.7 and China scored 77.9, ranking 29 and 48, respectively. Subnational levels of healthcare access and quality in China show wide variation, with HAQ performance ranging from 91.5 in Beijing to below 50 in some western provinces. Similar disparities are seen in the United States, albeit with smaller gaps: the top decile of 2016 HAQ Index performance (above 90) is found only in some parts of New England, Minnesota, and Washington state. The results emphasize the need to improve healthcare access and quality throughout localities in both countries.

This blogpost is made possible by general support to CSIS. 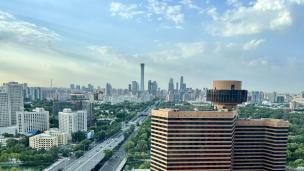 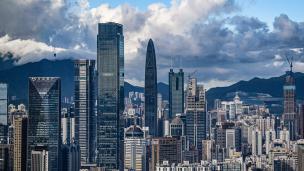 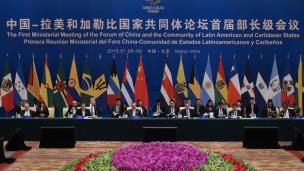 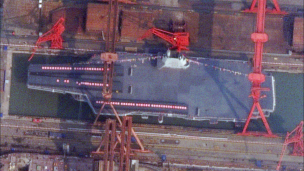 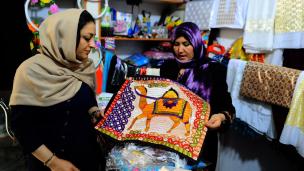 Women-Owned Businesses in Afghanistan Are in Jeopardy
By Matthew P. Funaiole
September 10, 2021
Report 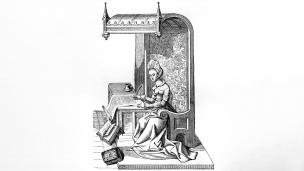 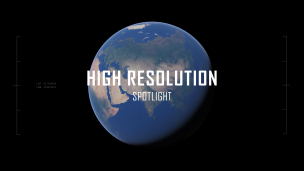 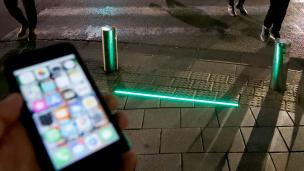 Stopping the Spread of Online Mis- and Disinformation
September 7, 2022
On Demand Event 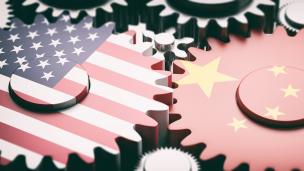 Business and Trade Are in Our National Interest
June 14, 2022