Please join the Korea Chair for a discussion on North Korea's latest missile developments, including the current state of their ballistic missile force, and how they may have advanced their technologies so quickly.

Markus Garlauskas is a nonresident senior fellow with the Scowcroft Center for Strategy and Security’s Asia Security Initiative. He is an independent author and consultant, specializing in Northeast Asian security issues and strategic analysis. Garlauskas served in the US government for nearly twenty years. He was appointed to the Senior National Intelligence Service as the National Intelligence Officer (NIO) for North Korea on the National Intelligence Council from July 2014 to June 2020. As NIO, he led the US intelligence community’s strategic analysis on North Korea issues and expanded analytic outreach to non-government experts. He also provided direct analytic support to top-level policy deliberations, including the presidential transition, as well as the Singapore and Hanoi summits with North Korea. Garlauskas served for nearly twelve years overseas at the headquarters of United Nations Command, Combined Forces Command and US Forces Korea in Seoul. His staff assignments there included chief of the Intelligence Estimates Branch and director of the Strategy Division. For his service in Korea, he received the Joint Civilian Distinguished Service Award, the highest civilian award from the Chairman of the Joint Chiefs of Staff.

Ankit Panda is the Stanton Senior Fellow in the Nuclear Policy Program at the Carnegie Endowment for International Peace. An expert on the Asia-Pacific region, his research interests range nuclear strategy, arms control, missile defense, nonproliferation, emerging technologies, and U.S. extended deterrence. He is the author of Kim Jong Un and the Bomb: Survival and Deterrence in North Korea (Hurst Publishers/Oxford University Press, 2020). Panda was previously an adjunct senior fellow in the Defense Posture Project at the Federation of American Scientists (FAS) and a member of the 2019 FAS International Study Group on North Korea Policy. He has consulted for the United Nations in New York and Geneva on nonproliferation and disarmament matters, and has testified on security topics before the U.S. Senate Armed Services Committee and the congressionally chartered U.S.-China Economic and Security Review Commission. Panda was a Korea Society Kim Koo Fellow, a German Marshall Fund Young Strategist, an International Institute for Strategic Studies (IISS) Shangri-La Dialogue Young Leader, and a Carnegie Council on Ethics in International Affairs New Leader. He has worked at the Council on Foreign Relations and the Liechtenstein Institute on Self-Determination at the Princeton School of Public and International Affairs.

Sue Mi Terry is Director of the Hyundai Motor-Korea Foundation Center for Korean History and Public Policy. Prior to joining the Wilson Center, Terry served in a range of important policy roles related to both Korea and its surrounding region. Formerly a Senior Fellow with the Korea Chair at the Center for Strategic and International Studies (CSIS), she served as a Senior Analyst on Korean issues at the CIA (2001-2008), where she produced hundreds of intelligence assessments--including a record number of contributions to the President’s Daily Brief, the Intelligence Community’s most prestigious product. She received numerous awards for her leadership and outstanding mission support, including the CIA Foreign Language award in 2008. From 2008 to 2009, Terry was the Director for Korea, Japan, and Oceanic Affairs at the National Security Council under both President George W. Bush and President Barack Obama. In that role, she formulated, coordinated, and implemented U.S. government policy on Korea and Japan, as well as Australia, New Zealand, and Oceania. From 2009 to 2010, she was Deputy National Intelligence Officer for East Asia at the National Intelligence Council. In that position, she led the US. Intelligence community’s production of strategic analysis on East Asian issues and authored multiple National Intelligence Estimates. From 2010 to 2011, Terry served as the National Intelligence Fellow in the David Rockefeller Studies Program at the Council on Foreign Relations in New York. Since leaving the government, Terry has been a Senior Research Scholar at Columbia University’s Weatherhead East Asian Institute (2011-2015), where she taught both graduate and undergraduate courses on Korean politics and East Asia.

This is the second of three events for the CSIS Korea Chair 2022 Tipping Points project, which looks at potential variables for critical change in North Korea and the peninsula. This project is supported by CSIS and the Korea Foundation. 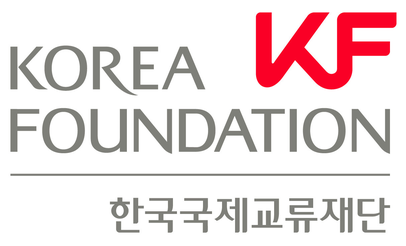