Big Tech platforms are ubiquitous in today’s world. At the turn of the century, some of these companies did not exist, others were start-ups, and none were as big and valuable as today. Coincidentally, during the last few decades, inequality in wealth grew rapidly and globally, largely attributed to gains in capital exceeding growth in income. The public and political sentiment today is against large tech companies, which are blamed for part of this growing economic concentration of power, and antitrust reform proposals to reign in their power—including proposals for breaking them up, making mergers and acquisitions more difficult—are being considered by Congress.

At the same time, intellectual property (IP) has been under attack in the United States for decades. Just a few years ago in 2018, the Global IP Index, which ranks countries based on their strength of IP enforcement, showed the United States sliding down below its peers to 13th place, tied with Hungary. Narratives about patent trolls, patent thickets, and weak patents have fueled legislative proposals for years, making protection of ideas through patents harder and harder. Many from the university, start-up, and inventor communities raised their voices and appealed to Congress about their reliance on IP rights. But the strongest proponents of such legislative proposals were the Big Tech firms of Silicon Valley.

The economic framework for understanding why weak IP rights are beneficial for large, vertically integrated firms is simple. Today’s economy is knowledge based, with intangible assets (ideas) constituting the majority of the value of any firm, and tangible assets (labor and capital) constituting a diminishing proportion of their value. Firms and individuals invest in developing ideas—for innovative services or products—and need to monetize them to get a return on their investments. This requires a protection of those ideas, lest the ideas are stolen by others before any return is possible. The IP system is a public institution that enables the protection of ideas and inventions. The fundamental tenet of the patent system, for example, is for the government to grant an inventor an exclusive right to make, use, and sell their ideas for a fixed period of time, in exchange for disclosing those ideas to the public and giving them up for free for everyone to use after that period. Without a public institution providing this service, firms and individuals will do what they have always done—private provisioning of public goods—if they have the necessary means. Large and vertically integrated firms have the means to protect their ideas, while small inventors, start-ups, or other unknown sources—which pose the constant threat of disruptive innovation for larger companies—do not.

Why does a company need to be large and vertically integrated to protect its ideas without the IP system? There are two main reasons. First, whichever company first has an idea and also manufactures it (i.e., creates a large-scale product or service around it) gains an incumbent position, making the barrier to entry higher for its competitors. For others to succeed competitively, they will have to catch up on the incumbent company’s know-how and the efficiency that its large-scale production provides. This economy of scale works particularly well for markets where there is a benefit from everyone using a common service, such as a social media network. Once users are locked in, switching to another platform is costly. Second, if a company has an idea that it cannot monetize in one market immediately, it can come up with creative ways to monetize it in an adjacent market—that is, if it is a large enough firm with an adjacent market under its control. One such example is Google’s Android operating system for smartphones: it’s given away for “free,” but once everyone is locked into it, the company monetizes its investments through applications downloaded and used on the Android platform.

Smaller firms and individual inventors do not have such advantages. They do not have the investment necessary to develop their ideas into large-scale marketable products and services, nor the means to monetize them in adjacent markets. Often, they must create prototypes and hope to find other developers to further manufacture and market their ideas. Indeed, many scholars of economic history have called the patent system the “democratization of invention,” enabling the socially less privileged, women, and other minorities to invent and protect their ideas and ultimately monetize them by enabling others to develop products or services based on the ideas.

Disruptive innovation—an environment where a thousand flowers can bloom and the next big idea can come from anywhere and be developed by anyone—is the ultimate threat for any status-quo power. It should therefore be no surprise that the Big Tech platforms have made the effort to weaken IP rights over the last couple of decades. In his latest book titled Innovators, Firms, and the Market, Jonathan Barnett documents the various amicus briefs filed in the seminal IP cases over the last two decades and finds that 80 percent of the briefs filed by large tech firms advocated against upholding the IP rights of the inventor. These same firms were proponents of the Innovation Act of 2015, which was designed to shift the legal fees of upholding the IP rights from patent owners to implementers, and opponents of the STRONGER Patents Act of 2019, which was designed to make patent enforcement easier and less costly.

This brings us to why the nexus between IP and antitrust today is a paradox. The policymakers and scholars who advocated for weakening the IP system are often the same ones raising the alarm bells now against Big Tech. First, by weakening the IP system, the U.S. economy directly facilitated the growing power of the Big Tech platforms. Next, by now attacking the platforms, the U.S. economy is taking down an innovation powerhouse. At exactly the same time, China is recognizing the power of bolstering IP rights and encouraging its inventors while also recognizing the power of antitrust as an industrial policy tool, but not to attack its own domestic powerhouses.

If policymakers and antitrust gurus are so concerned about stemming the rising power of Big Tech platforms, they should start by first stopping the relentless attack on IP. Without the IP system, only the big and powerful have the privilege to innovate, further increasing the economic, social, and ultimately political concentration of power. Whether antitrust is an appropriate weapon of choice to regulate big platforms and the United States’ own domestic innovation champions is a debate for another day. However, restraining both the power of Big Tech via antitrust and the power of IP via weakening IP rights—and thus weakening small firms and inventors—is a way of ensuring no path to success for American innovation.

Kirti Gupta is a senior adviser (non-resident) with the Renewing American Innovation Project at the Center for Strategic and International Studies in Washington, D.C. 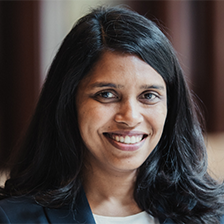 Most Recent From Kirti Gupta 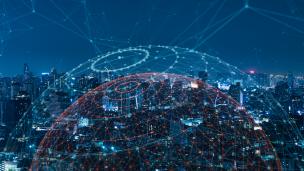 U.S. Technological Leadership and Patents: What Can the Data Tell Us?
August 30, 2022
Commentary 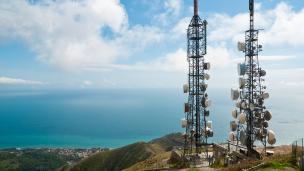 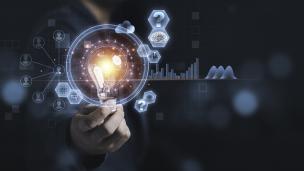 For ‘Patent Wars’ Alarmists, Time to Make Peace with the Empirical Data
By Kirti Gupta
November 5, 2021
On Demand Event 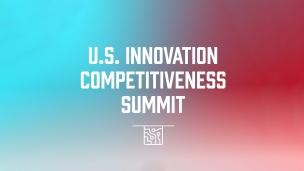 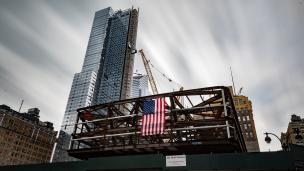 Economic Growth in a Digital Economy: The Role of Intellectual Property and Innovation
By Kirti Gupta
May 19, 2021
View all content by this expert