The Taliban have offered a brief period of reducing violence in Afghanistan during ongoing negotiations with United States diplomats, as the NYT’s Mujib Mashal and Taimoor Shah report.

The U.S. Senate easily passed an overhaul of North America’s trade rules on Thursday, sending a major Trump administration priority to the president’s desk, as the WSJ’s William Mauldin reports.

Phil Hogan, the EU trade commissioner, accused Boris Johnson of Brexit “brinkmanship,” complaining that the British prime minister’s approach to negotiations was creating uncertainty for business during remarks at CSIS today, as the FT's Jim Brunsden and Laura Hughes report.

The United States will trim some tariffs but maintain them on $360 billion worth of Chinese imports, the bulk of the bilateral trade.

“The European Union will stand together with France if they are coming under attack. We will look at all options to protect our economic interests.” 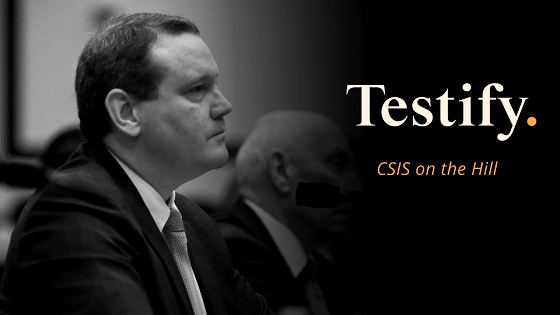 Andrew Hunter, director of CSIS's Defense-Industrial Initiatives Group, speaks about his testimony before the House Armed Services Committee on the role of the defense acquisition system in U.S. strategy toward China in the newest episode of Testify. 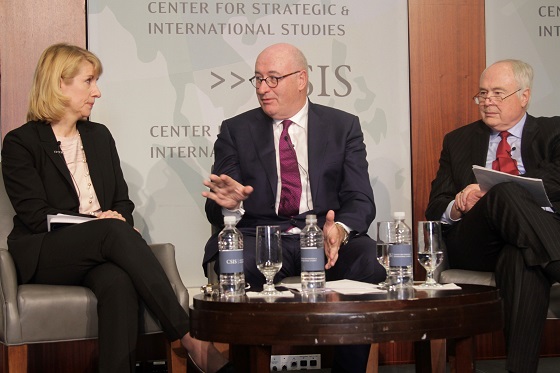 “The New China Scare,” by Fareed Zakaria for Foreign Affairs.

At 1:00 p.m., CSIS will host General John Hyten, vice chairman of the Joint Chiefs of Staff, for a conversation on how the Joint Force is addressing the growing security challenges posed by U.S. strategic competitors.

And, at 8:30 a.m., the Center for Canadian Studies at John Hopkins University’s SAIS will host a conference to discuss the history, achievements, and future of the U.S.-Canada Permanent Joint Board on Defense.

Later, at 10:00 a.m., Peterson Institute will host IMF Managing Director Kristalina Georgieva for a discussion on the financial services sector and its impact on income inequality.

CSIS hosted Foreign Minister Shah Mahmood Qureshi of Pakistan to discuss future prospects for the Pakistan-U.S. relationship beyond working toward a shared goal for peace in Afghanistan. Watch the event here.

In the latest episode of The Truth of the Matter, Bob and I talk with CSIS's "Trade Guys," Bill Reinsch and Scott Miller, to discuss the phase one trade agreement between the United States and China signed yesterday.

I’ve been getting lot of requests for the Grateful Dead…and I do take requests: https://www.youtube.com/watch?v=v5skcYZMxu4.