South Africa’s hydrogen ambitions are driven partly by its decarbonization goals, and partly by a desire to support economic growth and exports. Hydrogen is seen as an opportunity to revamp the country’s industrial sector and achieve its emissions reduction goals by 2050 while reducing socioeconomic inequality. The country’s vision is guided by its Hydrogen Society Roadmap (HSRM) released last February, which sets clear targets to reach by 2050. South Africa aims to deploy 10 gigawatts (GW) of electrolysis capacity in Northern Cap by 2030 and produce about 500 kilotons of hydrogen annually by 2030. This growth is forecasted to create 20,000 jobs annually by 2030 and 30,000 by 2040.

South Africa has several assets in pursuing its hydrogen ambitions: deep expertise in the Fischer-Tropsch process (which is used in the production of power fuels), major production capacity of critical minerals necessary for hydrogen, and infrastructure that could be used for the hydrogen. The country is the world's largest producer of PGMs, one of the key ingredients in the production of green hydrogen, yet platinum currently contributes very little to its GDP because most of the raw materials are exported. Hydrogen technologies could allow the government to reverse the course by creating a more integrated domestic value chain. In fact, the Platinum Valley Initiative (PVI) is one of the four catalytic projects identified in the strategy document to kick-start the country’s hydrogen economy.

South Africa’s abundant renewable resources offer another advantage. A recent report by the National Business Initiative says that South Africa could produce green hydrogen for $1.60 per kg by 2030, one of the lowest costs worldwide. This could help the country reach its goal of doubling its current share of global hydrogen production by 2050—from 2 to 4 percent.

Green hydrogen can also help South Africa decarbonize. Economy-wide decarbonization in South Africa is crucial to maintaining global temperature increases at 1.5 degrees Celsius, as the country is the world’s 14th-largest emitter of greenhouse gases. Hydrogen has the potential to help the country reach a net-zero economy by 2050.

The government’s near-term strategy consists of creating a local demand for green hydrogen and hydrogen-related products. The HSRM has identified four catalytic projects to scale up hydrogen use across all sectors of the economy and for potential export:

Numerous funding programs are available to support renewable energy, including hydrogen. This includes the ZAR 800 million green fund established under the Department of Environmental Affairs to support green initiatives. The South African government also counts on public-private partnerships. In 2018, the Public Investment Corporation and Anglo American Platinum committed $200 million to launching AP Ventures, aiming to catalyze growth in the usage of PGMs.

The government also relies on global partnerships and foreign investments to kick-start its hydrogen production. It is currently developing its first Country Investment Strategy (CIS), aiming to attract more foreign and domestic direct investment into the country. In January 2022, the government announced a new collaboration with the German Ministry of Economic Cooperation and Development (BMZ) to launch a new project that will promote green hydrogen production in South Africa. BMZ will provide €12.5 million in funding to support the project, which aims to produce a strategic and regulatory framework for the green hydrogen economy in South Africa, coordinate the contribution of different stakeholders, and ensure high environmental standards. This comes after the KfW Development Bank, on behalf of the German government, launched a concessional financing initiative in July 2021 to enable the development of the hydrogen economy in the country. A total of up to €200 million was made available by KfW bank to be allocated to numerous selected projects with the preference given to pre-feasibility projects. In addition, the United Kingdom Partnering for Accelerated Climate Transition (UK-PACT) recently launched a €60 million flagship program under its international climate finance portfolio to support green hydrogen job creation from a just transition perspective—this too could benefit South Africa.

South Africa’s ambition is to become a net exporter of green hydrogen, and it has been looking into possibilities for export to the Asian market, especially Japan. Last October, President Cyril Ramaphosa announced a Green Hydrogen Export Economic Zone near the country’s deep water port of Boegoebaai, which will serve as a future export hub. The country is also aiming for the European emerging market and recently signed a Memorandum of Agreement with the Port of Rotterdam (PoR), with PoR to act as a “demand aggregator for green hydrogen in Europe.”

South Africa wants to develop industrial clusters along the country’s major transport corridors and mining regions. A recent feasibility study commissioned by the government identified three potential hydrogen hubs: Durban, Johannesburg, and Mogalakwena and Limpopo. Although these regions were chosen in part based on their proximity to possible domestic “demand off-takers,” they are also located along the coastline, making them convenient for future exports.

These three regions have two things in common: potential demand for hydrogen, and abundant renewable resources (wind, solar, and water). The report suggests hydrogen demand in these regions could reach 185 kilotons of hydrogen by 2030. More importantly, the existing gas distribution pipelines and storage facilities in these regions make them suitable for hydrogen. Johannesburg, which has the largest gas infrastructure network, has already been using parts of it for blue hydrogen transport. The report identified nine pilot projects in the transport, industry, building, and agricultural sectors to kick-start the hydrogen valley. 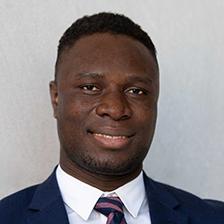