Can America still rely on its allies?

Alliances are costly, in treasure and potentially in blood. Over more than half a century the United States has invested trillions of dollars and put the lives of American service personnel on the line to maintain a global network of alliances. In the most extreme case, the logic of extended deterrence means that the United States has been prepared to put American cities at risk of nuclear annihilation to defend allies; no commitment could be more consequential. Given these stakes and the other pressing calls on taxpayers it would hardly be surprising if many Americans wonder whether alliances are still worth it.

The allies don’t always help make the case. President Obama was far from the first U.S. leader to complain about allies who don’t pull their weight. The burden-sharing debate is as old as the alliances themselves: Western European governments were initially reluctant to assume a share of the defense burden as they struggled to recover after the Second World War, notwithstanding the Soviet threat. The contribution of allies to their own defense and their commitment to collective security often fluctuates, whether as a result of domestic politics, economic pressures, or shifting threat perceptions. For most allies a close security relationship with the United States means they can spend less on their own defense and give priority to domestic priorities—which, absent a major threat, sway more votes than national security.

Like the United States, many allies are grappling with weak economic growth, populism, and political gridlock.

Many of the United States’ oldest and most important alliances are under strain. The implications of Brexit for NATO are not yet clear, but disintegrative forces within Europe and Russian probing in Eastern Europe are already testing alliance solidarity. Relations with Turkey, a vital ally at the crossroads between Europe, the Middle East, and Asia, are fraught following an attempted military coup in July. Frictions with Israel and America’s traditional Arab allies in the Middle East over the nuclear deal with Iran have barely been papered over. In the Philippines—geographically key to expanded U.S. military access in Southeast Asia—recently elected President Rodrigo Duterte announced his country’s “separation” from the United States and is tilting toward China; defense ties with Thailand, America’s other longstanding treaty ally in the region, remain frozen following that country’s most recent military takeover. The leadership of South Korea, another vital Asian ally, is roiled by political scandal.

Like the United States, many allies are grappling with weak economic growth, populism, and political gridlock. Preoccupied at home, they are psychologically and materially ill-prepared to confront growing threats and challenges abroad—whether Russian adventurism in Eastern Europe and the Middle East, Chinese assertiveness in the Western Pacific, North Korea’s march toward a credible intercontinental nuclear strike capability, Iranian designs in the Middle East, or the metastasizing threat posed by ISIL and other Islamist terror networks. The outcome of the recent U.S. election has injected a new element of uncertainty. 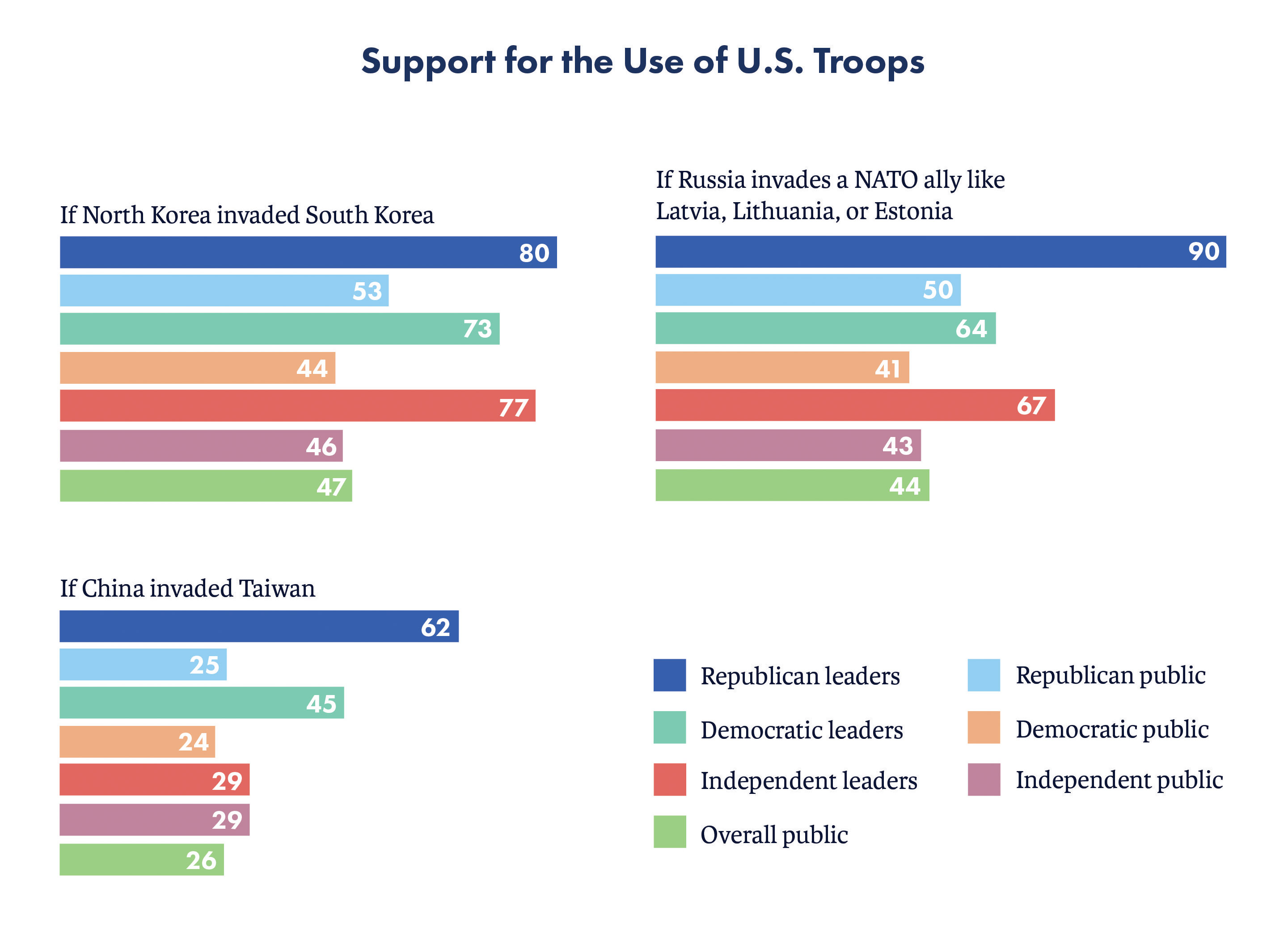 It’s a bleak picture, and there is little doubt that the United States and the international system in which it has invested so much are at a tipping point because of this toxic brew of external threats and domestic problems. Yet there are good reasons for the United States to keep the faith when it comes to alliances, and to invest in the laborious and time-consuming task of what former Secretary of State George Schultz called “tending the alliance garden.”

For one, not all of America’s allies are feckless and unreliable. After the 9/11 attacks, NATO and Australia formally invoked their respective security treaties, and both alliances are still fighting in Afghanistan 15 years later. Britain, Germany, and other NATO members are reinforcing their presence in Poland and the vulnerable Baltic states; a number of members are belatedly moving to increase defense spending. Under Prime Minister Shinzo Abe’s leadership, not only does Japan meet the vast majority of the cost of supporting U.S. military forces based there but has passed a new security law to allow it to make a greater contribution to international security and has expanded the scope of its alliance responsibilities. Today Australia is enhancing its maritime capabilities and is the second-largest military contributor to the campaign against ISIL in Iraq and Syria. Five other nations are conducting airstrikes against ISIL targets and a further 25 are making military contributions. South Korea contributed to the multinational intervention force in East Timor in 1999 and deployed 3,500 troops to Iraq in 2003; it recently agreed to host a new U.S. missile-defense system. Alliances build interoperability, relationships, and mutual trust over time that ad hoc coalitions cannot replicate. American allies also make indispensable contributions to global stability through peacekeeping, development assistance, disaster relief, capacity building, and diplomacy.

Just as most allies are lifting their game because they can see that security threats are proliferating, new partners are also stepping forward. In the Middle East, Jordan and the United Arab Emirates are making greater contributions. In Asia, Singapore is hosting U.S. Navy littoral combat ships; a quarter century after the Vietnam war, America has lifted its ban on defense sales and U.S. Navy ships are once again welcome in Cam Ranh Bay; and defense and security ties with India have been flourishing since the civil nuclear deal reached during the Bush administration. Vulnerable countries in Eastern Europe want closer ties with the United States and the West. In each of these very different regions countries are reaching out to the United States because they fear the similar threats and share a stake in supporting the international order.

Another good reason not to give up on allies is that there is nothing America’s adversaries would like more. In Europe, seeing NATO dismantled would be top of Vladimir Putin’s wish list. Around Asia, Chinese officials chip away with their mantra that longstanding U.S. alliances are a Cold War relic and that America can’t be relied on. The Mullahs’ vision of a restored Persian empire stretching across the Middle East is only credible if America’s alliances with Saudi Arabia, Egypt, and Israel do not hold. Russia, China, and Iran have proxies, catspaws, and temporary partners of convenience; unlike America, however, none has true long-term allies who, for all their faults, are in for the long haul.

The final reason not to give up on America’s allies is that there is simply no choice. There are too many threats and challenges for the United States to manage on its own, even if the new Congress repeals the sequester and defense spending is restored and maintained at a higher level. America will need reliable long-term partners who can provide not only military capability but access, intelligence, insights, and a whole range of nonsecurity contributions.

Following an unprecedented presidential election campaign that saw the value of alliances openly questioned, perhaps the bigger question is not whether the United States can rely on its allies but whether they can still rely on the United States. As the incoming Trump administration puts its senior national security team together, its foreign policy direction remains a source of conjecture and uncertainty in Washington and in capitals around the world—particularly those of America’s allies. The initial signs are mostly positive: the president-elect has met with the prime minister of Japan, has spoken with many other allied leaders, and has reaffirmed key alliances, including NATO and the major alliances in Asia.

History has shown—and the results of the partial retrenchment of the past eight years have only reinforced—withdrawing from the world and hunkering down will not keep Americans safe. Former Secretary of State Dean Acheson put it best during an earlier period when the United States had to grapple both with rising threats and with national doubts: “We should not pull down the blinds . . . and sit in the parlor with a loaded shotgun, waiting. Isolation was not a realistic course of action. It did not work and it had not been cheap.” The siren song of withdrawal that prevailed so disastrously in the 1930s and had to be beaten back in the early 1950s and again in the mid-1970s is being heard once more today. At the start of a new administration it remains to be seen whether the next generation of U.S. political leaders will rise to the challenge and rally the American people as their predecessors did. One thing is certain: the Republic’s allies will be watching closely; so will America’s adversaries.