Last week, the Trump White House reportedly reviewed a plan that called for sending 120,000 U.S. troops to the Middle East to counter Iran. U.S. Central Command has stated that U.S. troops in Iraq are on high alert due to an increased threat from Iran-backed militias, and the State Department has called for all non-essential personnel to evacuate both Baghdad and Erbil. These are all signs of the ratcheting tensions between the United States and Iran.

Q1: Why are tensions between the United States and Iran escalating now?

A1: Last week was the one-year anniversary of the United States leaving the Joint Comprehensive Plan of Action (JCPOA). The Trump administration wants to demonstrate its resolve on the issue of Iran’s behavior in the region and is looking to show the Iranians that it can tighten the screws still further. The United States also wants to demonstrate that it can act and bring the world along with it. Iran wants to demonstrate that it is not about to surrender to U.S. pressure. The Iranian government is looking to assert that it will survive and that it will be able to rally its population. I don't think either side wants a conflict, but neither side wants the other to think it fears conflict. The real challenge of this situation is how to get each side to back away while saving face.

Q2: How are other countries responding to this escalation?

Q3: How are U.S. partners in the region responding?

A3: For U.S. Gulf allies, they have to live with the Iranians on their doorstep. They're not about to shout from the mountaintops how the world should invade Iran. Their feeling is that their goals are better met by talking quietly with the United States and supporting a firm U.S. line rather than confronting the Iranians on their own.

This has been the Israeli strategy for decades. The ultimate Israeli deterrent against Iran is not the widely believed Israeli nuclear bomb; it's the ability to mobilize the United States to act against Iran. Israel is almost 1,000 miles from Iran, and Iran represents a difficult military target. It is much easier for the United States, with bases in the region and ships in the Gulf, to deter Iran, and if necessary, take military action.

Iraq is, in many ways, in the balance. Iran and the United States both have tremendous influence in Iraq. The Iranian and Iraqi economies are intertwined, and parts of Iraq rely on Iran for electricity and natural gas. Iraq is also an important market for Iranian products. They say that when elephants fight, the grass gets trampled. Iraq has sometimes been a battleground for U.S.-Iranian proxy fights, and Iraqis look at the increase in U.S.-Iranian tensions and worry how that will play out in Iraqi politics. Iraq needs to strike a balance between the immediate power on its border, Iran, and the Great Power, the United States. And it becomes harder to do when those powers are possibly on the verge of coming to blows.

Q4: How do we move forward from here?

A4: A lot of it comes down to what your desired end state is. If the problem you’re trying to solve is transforming Iran into a normal, well-behaved country, that's a very hard goal. I'm not sure how you get there from here. If your goal is to improve Iranian behavior, that's still a hard question, but I don't think it's an impossible question. And it gives us a lot of options.

There is the possibility of quiet talks and confidence-building measures. There is the possibility of a demonstration of military capability or limited strikes that don't turn into a wide-scale war. There's the possibility of the United States shaping the actions of partners and allies in a way that's intended to shape Iranian actions. The State Department has thousands of people who've devoted their careers to thinking of ways to get other states to do what it's not in their first instinct to do, partly through inducements, partly through coercion, and partly through engaging them in a process. But the State Department seems marginalized in this process. The White House seems to think that the State Department is too tied to the JCPOA, which to the White House is an inadequate and failed agreement. The common State Department view is not that the JCPOA provided a solution to the challenges that Iran poses, but rather, that the JCPOA was useful to have in your toolkit as you work on the long-term problem of Iranian regional behavior. It doesn't feel like the men and women of the State Department, with decades of experience behind them, have been at the forefront of this effort. And that's missing an important opportunity.

To me, the important challenge is defining what “good enough” represents. One lesson that administrations often need to relearn is that the alternative to an unacceptable situation is not always a better one. Iran is a hard problem, but it is also one that can worsen. 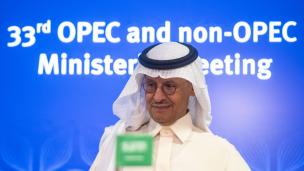 What Did Saudi Arabia Just Do?
By Jon B. Alterman, Joseph Majkut, Ben Cahill
October 6, 2022
On Demand Event

A Conversation with H.E. Hoshyar Zebari
September 28, 2022
In the News

The Middle East Transition We Need to Talk About
By Jon B. Alterman
July 21, 2022
In the News

Was Biden’s Middle East trip worth it?
The Washington Post | Ishaan Tharoor
July 18, 2022
In the News