The Evening: Reopening or Not, Stimulus, CCR and More

President Trump said he hopes to have the country reopened in just over two weeks, a timeline that is dramatically sooner than what many public-health experts have recommended, as the WSJ’s Rebecca Ballhaus, Stephanie Armour, and Alex Leary report.

The Washington Post reports that a World Health Organization official said that the United States has the potential to become the new epicenter of the global crisis.

Meanwhile, India’s prime minister decreed a 21-day lockdown for the country of 1.3 billion, as the NYT reports.

Congressional negotiators signaled Tuesday they are likely hours away from clinching a bipartisan agreement on a nearly $2 trillion emergency stimulus package, as Politico reports.

And the FT reports Wall Street had its best day in over a decade as stimulus nears.

India, the world’s second-most populous country, will order its 1.3 billion people to stay inside their homes for 21 days to try to curb the spread of the coronavirus, Prime Minister Narendra Modi declared today.

“We can socially distance ourselves and go to work.” 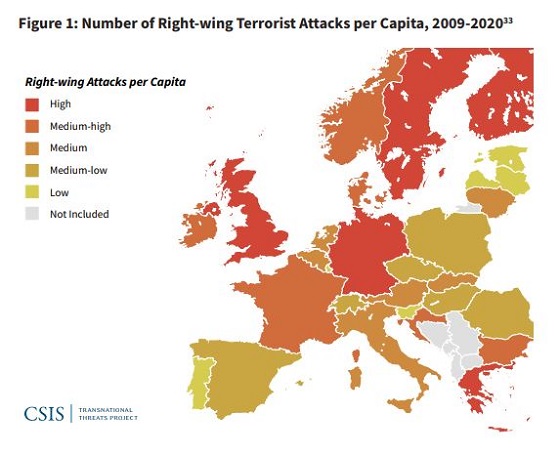 A new report from CSIS's Transnational Threats Program assesses the threat that right-wing terrorists pose to Europe in comparison to other types of terrorism. 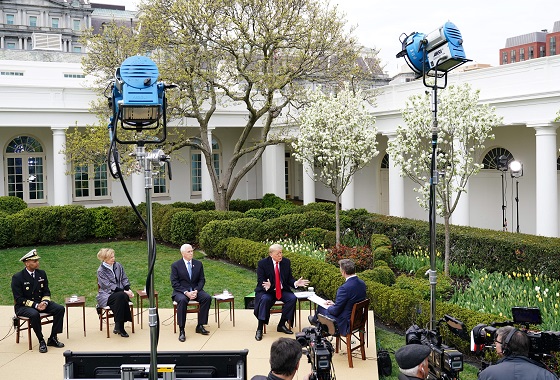 “Ice Curtain: Why Is There a New Russian Military Facility 300 Miles from Alaska?” by CSIS’s Heather Conley, Joseph Bermudez, and Matthew Melino.

CSIS’s Heather Conley, director of the Europe Program, describes Russia’s archipelago of military installations in the Arctic, its economic and military importance, and the United States should pay attention to these developments. Watch the full video here.

In mid-February, CSIS’s Steve Morrison attended the Munich Security Conference, where he talked to a variety of policymakers, donors, and agency heads leading the response to the coronavirus epidemic. In this episode of Coronavirus Crisis Update, he speaks with Jeremy Farrar, director of the Wellcome Trust.

Our greatest musicians are stuck at home too. Many of them have been showing up online to lift our spirits by performing songs while we are all social distancing. My favorite so far has to be John Fogerty performing a few Credence Clearwater Revival classics from his yard and home studio.